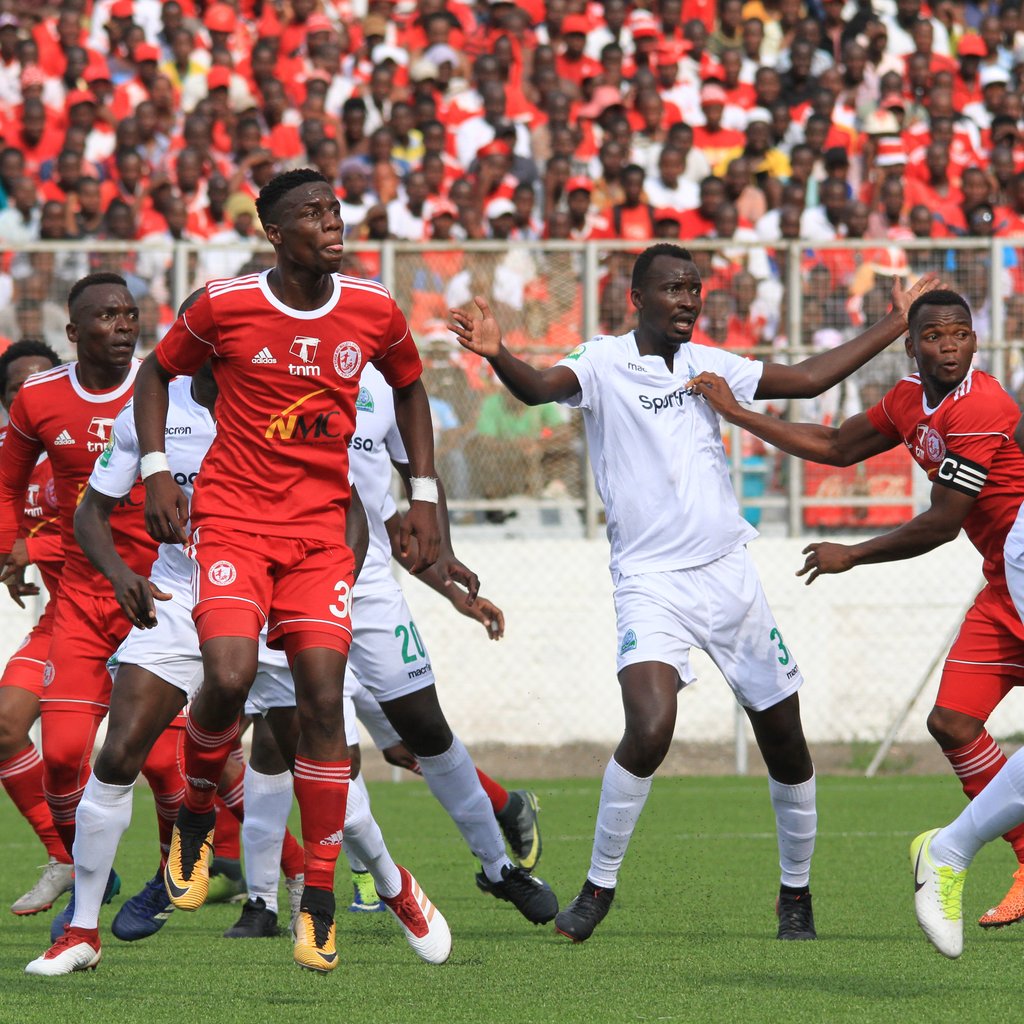 Gor Mahia are through to the next round of the Africa Champions league after eliminating Nyasa Big Bullets. This after they won a penalty shootout against the Malawian League leaders by a score of 4-3. The match had ended in 1-0 in regulation in favour of Bullets.

It is a repeat of 1977 when Gor Mahia eliminated Yamaha Wanderers of Malawi, beating them 5-3 on post match penalties in Blantyre. The much maligned Boniface Oluoch turned hero, saving a  Chiukepo Msowoya  penalty in the 87th minute that would have eliminated Gor Mahia, and saving another during the shootout.

Ondiek was a hero again, scoring the first penalty. Boniface Omondi, Humphrey Mieno and Harun Shakava also scored from the spot. For the Malawians, Msowoya, Lanjesi and Fodya scored. Gabeya’s kick was saved by Oluoch. Pilirani’s shot was off target.

Additional reporting from goal.com
Gor Mahia needed penalty shootout to progress to the next stage of the Caf Champions League following a 1-1 (4-3 aggregate) victory on Wednesday.

The Kenyan champions beat Nyasa Big Bullets of Malawi 5-4 on aggregate after a dramatic second leg staged at the Kamuzu Stadium in Blantyre, Malawi.

Keeper Boniface Oluoch was the toast for the Kenyan side after saving two penalties, one in regulation time and another in the shootout to bundle out Nyasa Big Bullets.

Gor Mahia took time to settle into the game; allowing Bullets to dictate the first quarter of the opening half. Only George Odhiambo came close within the first five minutes.

Nyasa Big Bullets won a dangerous free-kick from the left side, but Boniface Oluoch was on a high alert t parry the ball to safety.

Just like Gor Mahia, the host had absolutely no hunger for success. It took Nyasa Big Bullets 31 minutes to have the first attempt on goal. But Gor Mahia was not different either.

Shakava was solid at the back, but his final touches on the ball let him down. Odhiambo was lethargic upfront. Clearly, the absence of Jacques Tuyisenge was being felt by the Kenyan champions.

Poor marking and a bad decision by Boniface Oluoch gave Big Bullets the first goal, just 10 minutes after the restart. Chiugepo Msowoya controlled a harmless looking ball before firing a dipping shot past Oluoch, who had left his line as Nyasa Big Bullets took a deserved lead at the break.

Oluoch, however, made up for his mistake with arguably the biggest save of the year when he denied Nyasa Big Bullets from the spot. Gor Mahia had conceded a penalty with only four minutes to the final minute, but Oluoch dived the right side to save a casually taken penalty by Msowoya.

The save sent the game into a shootout and once again Oluoch dived to the right side to deny Marakesh Kubeya. Shakava, Humphrey Mieno, Benard Ondiek all converted their spot kicks for Gor Mahia. 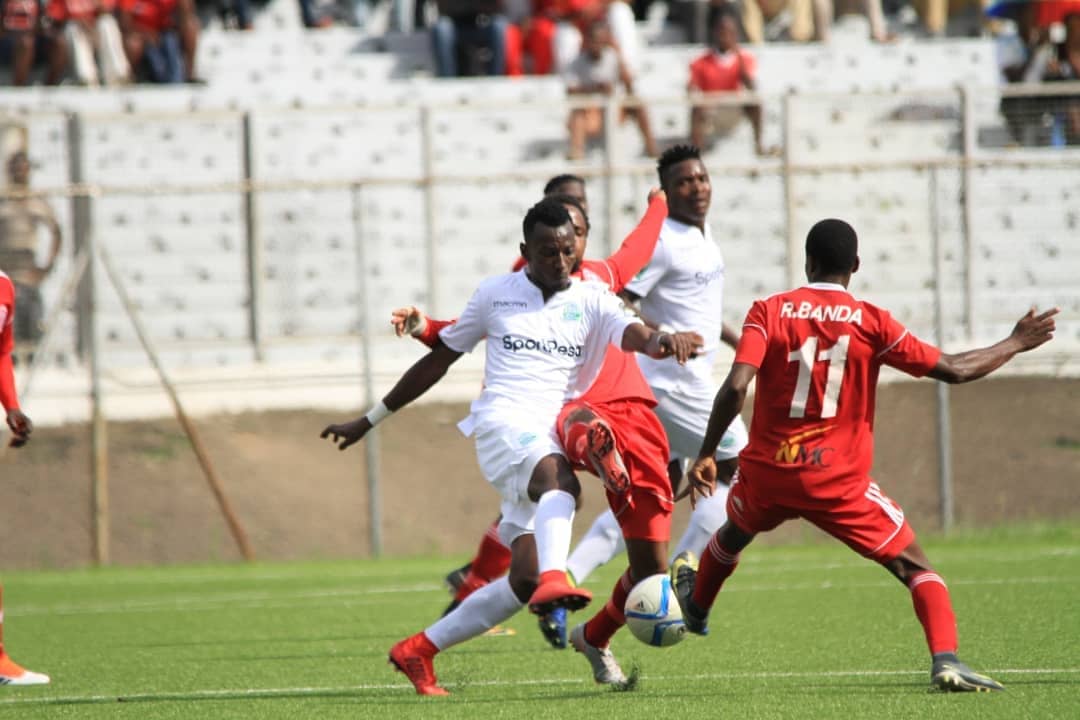 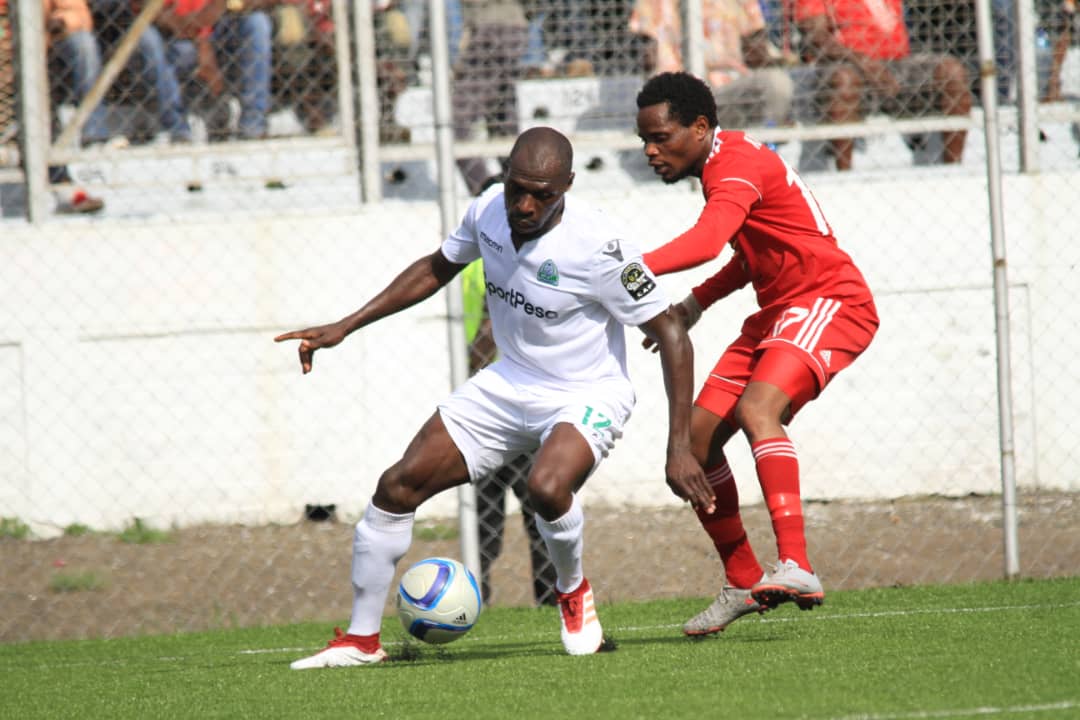 It will be tough going for Gor Mahia as they face of with Malawi league leaders Nyasa Big Bullets at the Kamuzu stadium in Blantyre on Wednesday. Firstly the Malawians will have the support of a large partisan crowd. Unlike Kenyans, Malawians always turn out in large numbers for their international matches.

Bullets have also been promised a cash prize of US $10,000 should they qualify for the next round. Captain John Lanjesi says the cash promise will motivate his side.

“This will encourage us to put much effort. We know how to beat Gor Mahia. We urge Malawians to show up at the stadium regardless of which team they support” said Lanjesi to Nyasa Times.

Last Wendeday , the Malawian side played a defensive game and hardly troubled the Gor Mahia rear guard. But Nyasa Big Bullets coach Calisto Pasuwa has promised that things will be different in the return leg.

The new coach Hassan Oktay has traveled with the team but according to Sec Gen Omondi, Zico will still be the man in charge.

“He (Oktay) is not our coach,” Omondi reiterated earlier standby club chairman that Gor Mahia hasn’t settled on the coach yet.” said Ben Omondi to goal.com

Omondi clarified that Oktay is traveling with the team as part of his probation.

“He is just familiarizing himself with the team, but we can say that at the moment it is like he’s on internship. He traveled as a member of the delegation because he’s still on probation.” he continued.

Gor Mahia’s biggest point of weakness of late has been the attack. Yet they will once again have to play without their lead attacker Jacque Tuyisenge who picked up an injury in the first leg.

“I’m not traveling to Malawi because I have an injury,” said Tuyisenge

Also missing will be Francis Kahata who is on the verge of joining an Algerian side. He has been associated with both USM Alger and CS Constantine.

Gor Mahia will need to raise their game much higher than what pertained when they lost 0-1 to Kariobangi Sharks last weekend. Bullets for their part, have continued with their fine domestic form. They beat Tigers FC 2-0 last weekend.

A 94th minute goal by Bernard Ondiek gave Gor Mahia a 1-0 win over a determined Nyasa Big Bullets on Wednesday. The win enables Gor Mahia to take a slim lead to Malawi for the return leg next week. And crucially, Gor Mahia did not concede an away goal.

The scorer was fed through on goal by Humphrey Mieno and rifled the shot into the back of the net past a hapless Rabson Chiyenda, who was guarding the visitors goalmouth.

“The opponents tried to play a defensive game to frustrate us and wait for the counter attack. I am happy we managed to break them down eventually because we deserved this win,” said Gor Mahia interim coach Zedekiah ‘Zico Otieno after the match.

“This is a very unfortunate result. We suffered a lapse of concentration in the last minute and gave away the hard work put in over 90 minutes. Let’s see what happens in Blantyre,” Nyasa’s coach Kalisto Pasuwa responded.

This result hands the Kenyan champions a slender advantage against their Malawi counterparts ahead of the return leg clash slated for six days time.

As things stand, the Malawians need to win the return leg by two clear goals to progress to the first round of this lucrative continental championship at Gor’s expense.

The hosts suffered an early setback when lead striker Jacques Tuyisenge was forced off the pitch after only eight minutes with what looked like a knee injury.

The Rwandan forward was replaced by Sammy Onyango, who moved over to the right hand side of midfield, with new signing Erisa Ssekisambu taking Tuyisenge’s position upfront.

In their first competitive match of the 2018/2019 league season, K’Ogalo took time to settle.

Infact, their first clear cut chances arrived in the final 15 minutes of the game.

The initial opportunity came on 38 minutes, via an Ernest Wendo’s fierce free kick, which was goal bound, until Chiyenda intervened and parried the ball away for a fruitless corner.

The next chance fell to the lanky Humphrey Mieno, but again he fluffed it, gifting Chiyenda with an easy catch, when he should have passed the ball to Ssekisambu, who was in a better opportunity to score.

In between, Bright Munthali almost scored an away goal, only for his shot to be scrambled away by Gor goallie Frederick Odhiambo.

The Kenyan champions upped the ante in the second stanza with Francis Mustafa and Kenneth Muguna taking turns to test Chiyenda.