Promising midfielder, Tobias Otieno has left Kogalo to join a team in the USA. The team is known as Omaha Union. His new team posted a message on their social media pages

Meet @Toby92799914! Tobias was one of the youngest starters in @TheOfficialKPL this season and is a member of the @Football_Kenya U-23 national team. Stay tuned for more on #UnionOmahaSigningDay pic.twitter.com/peyNxNrDfW

Toby posted a message on his social media pages thanking his new team
“I felt very excited seeing this post. I would love to thank Union Omaha freternity for the big step they’ve made in my signing. Big thanks and Can’t wait to join you guys for a great season”

Having lost West African players Yikpe Gnamien and Francis Afiriyie, Gor Mahia have gone local in their bid to shore up their attack.

Okoth, 19, was on the radar of a host of other KPL clubs notably KCB, Tusker, AFC Leopards and Kariobangi Sharks after topping the NSL scoring charts with 14 goals in the first leg but it’s Gor who have secured his services on a one-year loan deal.

Okoth is expected to fill the void left by Francis Afriyie and Gisleim Yikpe who left K’Ogalo this month.

Migori Youth Chairman Abdi Aziz says the move is good for the youngster who has been at the club since he was 13.

“He has to grow as a player so I think it is a good challenge for him to try the next level which is the top league. Football has changed and nowadays it is all about how smart and effective you are not how old you are like before,” Aziz told Nation Sport.

“He has to learn how to fight and I think at Gor Mahia he has the opportunity to play since they don’t have many strikers at the moment. He has served us well and we wish him success,” he added. 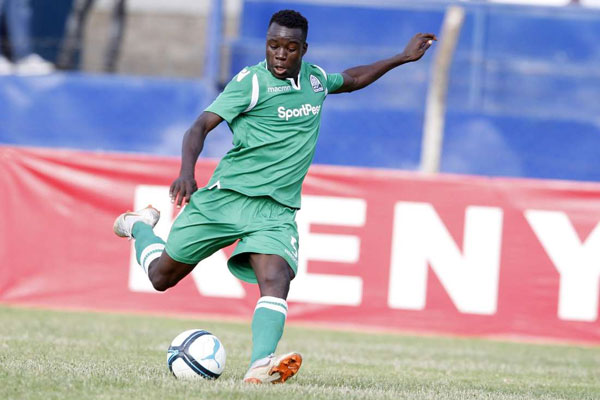 New signing Tobias Otieno has impressed many fans and pundits alike, many of whom have touted him as a future star. He tells the star that he is motivated to play well enough to earn a place in the national team.

Courtesy of the Star

The former Sony Sugar hard man has been a revelation in his first few months at the 18-time league champions and has been touted as a future national team regular.

“I am happy to continue working hard and helping my club achieve their objectives. The matter of being selected for the national team is one that the coaches have to make. I know if I continue playing well for Gor, eventually God willing, I will get a chance,” said the Under-23 international.

Four of Tobias team-mates at Gor Clifton Miheso, Lawrence Juma, skipper Kenneth Muguna as well as defender  Joash Onyango were in the starting line up for the Mozambique friendly—something that thrilled the 21-year-old.

“It is a motivation to see players you are with every day in training playing for the national team. It gives you believe that if you work as hard as they do, you will also get an opportunity to play at that level. It is every footballer’s dream to represent his country and I am no different,” remarked Toby.

Though he is mainly used as a defensive shield by coach Steven Pollack, Toby’s ball-handling skills enable him to venture further forward and he revealed that he is working hard to add goals to his game.

“Football has evolved. It is no longer the sole responsibility of strikers to score. Goals are something that I am working hard to bring into my game,” he explained.

Gor will be back in action this weekend to defend their perfect start to the campaign when they take on Kariobangi Sharks at Kasarani.

“Our fans are very demanding and that gets to the players and we cannot rest on our laurels. Every season has different challenges and our target again is to retain our title and do well on the continental front,” concluded Toby.

Philemon Otieno, who suffered a career threatening injury while playing for the national team, says his rehab is going well and he is on track for a December return to action.

“I’m seeing the physio and I can tell you that everything has gone on well smoothly after the operation. Next week I should start the normal jogs which will be followed by ball work in the coming weeks.”

“In December I think I will be ready to return into action according to the schedule I have been given,” Otieno told Futaa.

After his injury, the FKF refused to pay for his surgery. It was left to his Harambee stars team-mates to foot the bill for the surgery.

Former Gor Mahia attacking midfielder Ali Abondo was seen training with the team on Wednesday morning and could be returning to Kogalo. This according to goal.com. The 29 year old midfielder has played for Gor Mahia on two previous occassions. He is currently attached to Bloemfontein Celtic of South Africa.

Goal.com also reports that Gor Mahia have signed two players from Nairobi Stima. The two are Curtis Wekesa and Dennis Oalo. The latter was the top scorer in the 2018-2019 National Super League with 24 goals.

“We have signed Tobias Otieno and Abdalla Shura from Sony Sugar and Elvis Ronack from Nzoia Sugar. They are young players with real quality, and they will help us a great deal beyond next season,” Aduda said according to Yahoo Sports