Additional repporting from the Nation

K'Ogalo will now represent the country in next season's Caf Confederation Cup and pocketed Sh2 million for their exploits. The teams were deadlocked at 0-0 after 90 minutes, and with no extra time, spot-kicks were used to determine the winner.

Gor Mahia's penalties were scored by Sydney Ochieng, Kenneth Muguna, Cliffton Miheso and Samuel Onyango. Washington Munene's is the only Leopards players who scored his spot-kick.

The victory takes Gor's tally to tine in the cup competition to nine, just one behind Leopards. Gor Mahia coach Vaz Pinto, who has won his first trophy with the club, said they were worthy winners.

"We deserve to win this competition due to our consistency and the hardwork we put in. We played so many matches and this win is great success to that effect," he said.

His Leopards counterpart said his charges did not deserve to lose the match.

"Football is an unfair game at times because the best team lost today. We dominated the match, had the best chances, hit the cross bar and were even denied a penalty, but in the end we lost," the Belgian said.
90th 'Mashemeji' Derby

Leopards coach Patrick Aussems stuck with second string goalkeeper John Oyemba for this epic clash. He was key in 'Ingwe's' progress to this finals, as he blocked one of Equity FC's penalty to help his side to a 6-5 win in the semi-finals.

Midfielder Brian Wanyama, who made his senior Leopards' debut in their 1-0 loss to Kariobangi Sharks last Sunday was also given a starting role in this 90th 'Mashemeji' Derby.

On the other hand, Gor welcomed back South Sudanese striker Tito Okello from international duty. Despite FKF stating that the match would be played behind closed doors, there were hundreds of fans at the stadium and they cheered the two teams as they made their way into the pitch.

Gor attacked first and Leopards defender Isaac Kipyegon rose high to clear a long cross from the left before a lurking Okello could connect.

Kenneth Muguna then squared the ball to Clifton Miheso from the resultant corner, but the winger's delivery from the right went begging in Ingwe's area.

Gor survived in the fifth minute when Elvis Rupia's close range shot after leaving Harun Shakava for dead, rattled the top right corner of the post.

Defender Collins Shivachi did well in to containing Okello the other end, before Rupia forced K'Ogalo's goalkeeper Gad Mathews to a save after he forced a shot from a tight angle on the right.

An onrushing Rupia lost the ball inside their opponent's area, before Frank Odhiambo, who replaced the suspended Philemon Otieno, was booked on 25 minutes after he fouled the former Wazito man.

Gor Mahia threatened with a couple of set pieces but it Leopards who looked like scoring as the two sides headed into the break goalless.

Four minutes after the restart, Gor should have made Leopards rue the several chances they missed in the first half, but Okello fired wide before goalkeeper Oyemba rose high to clear Miheso's cross before the waiting green shirts could connect.

Leopards made the first change of the match as Peter Thing'o replaced Odhiambo. Rupia then swung the ball across the face of goal in what was Leopards first attempt of the second half.

Leopards thought they had won a penalty on the hour mark when Shakava fouled Rupia inside the box, but the centre referee, Dr Peter Waweru ruled otherwise.

Aussems made a double change in the 71st minute, Hansel Ochieng and Washington Munene replacing Harrison Mwendwa and Shivachi respectively.

Gor responded immediately with the introduction of Samuel Onyango for John Macharia. The former Sony Sugar man would have fired K'Ogalo ahead on 80 minutes, but Oyembo saved his close range header. 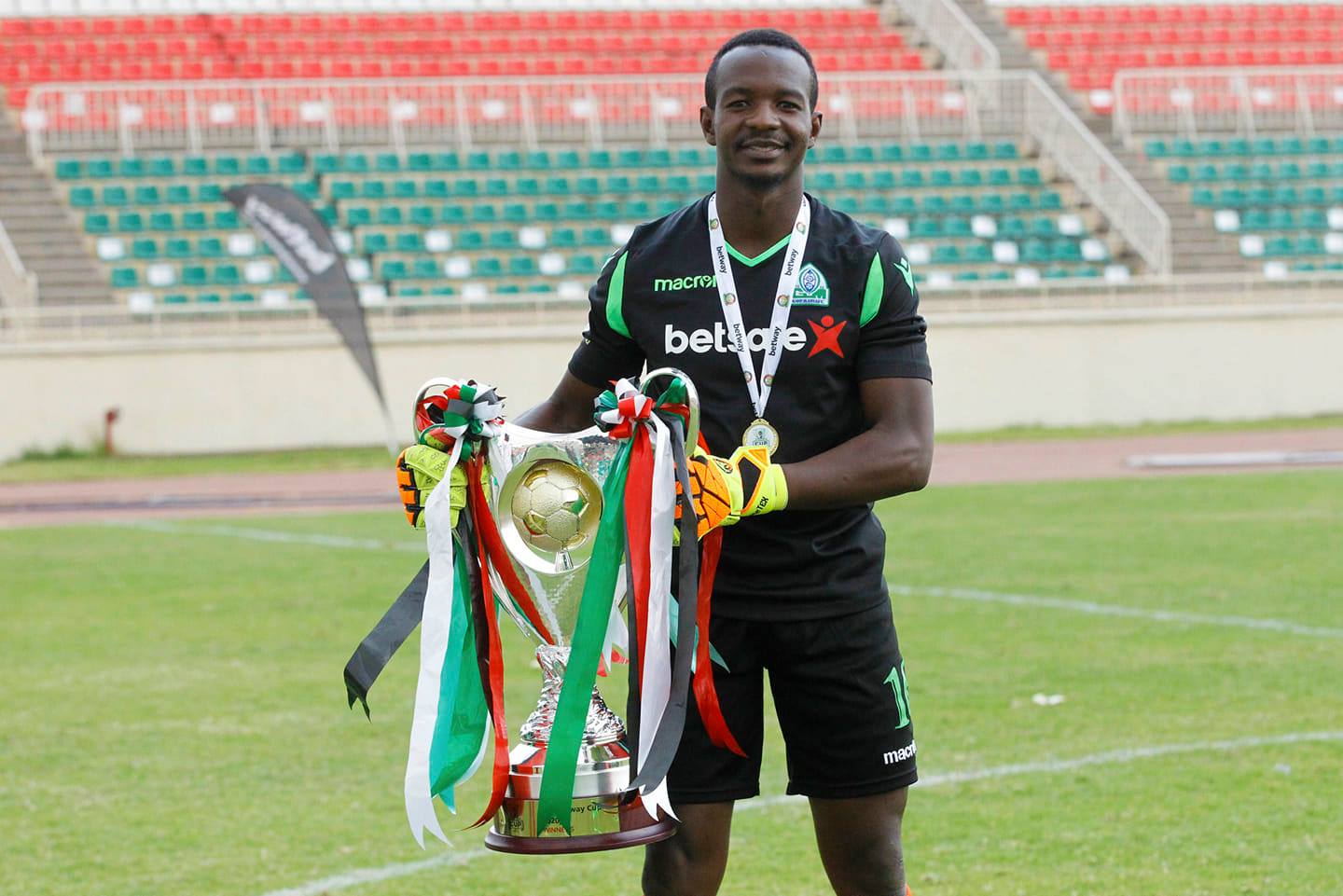 Hero of the day: Gad Mathews 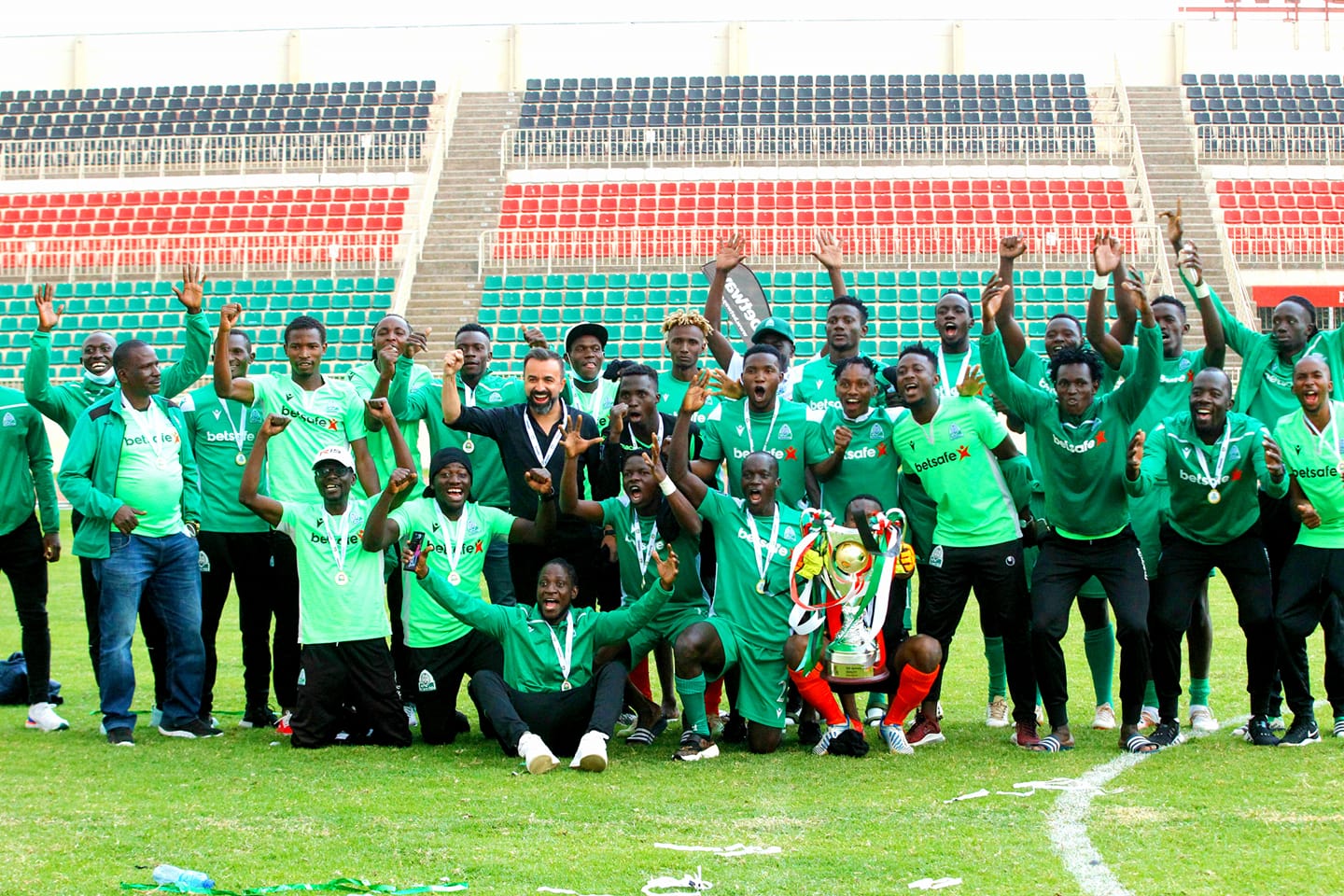 Congrats in order . Faraj the Jakom has just railed the team to prepare adequately in his congratulatory note. AR should read the line.
Top