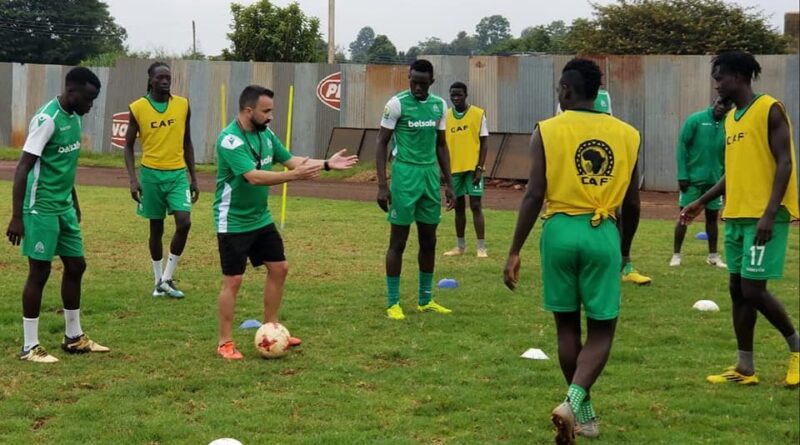 The 47-year-old left the country on Thursday night, just five days after leading the club to the Betway Cup where K'Ogalo edged out arch-rivals AFC Leopards on post-match penalties at Nyayo National Stadium to earn the right to represent the country in the Caf Confederation Cup next season.

Vaz Pinto departure comes in the wake of a 2-1 loss to leaders Tusker which saw K'Ogalo fall off the title race.

They are now 11 points behind the Brewers in fourth place after 23 rounds.Gor Mahia Treasurer Dolphina Odhiambo told Nation Sport that they agreed to part ways on mutual consent with Vaz Pinto after a meeting with the club Executive Committee earlier in the week.

"It is true the coach has left and we mutually agreed on the issue. He has left the club in good terms," said Odhiambo.

Vaz Pinto had on Thursday conceded Gor will not be able to defend their league crown after the loss to Tusker.

However, a source at the club told Nation Sport the financial turbulence at K'Ogalo's camp made it difficult to sustain Pinto's salary and after the Betway Cup final, the tactician told the club leadership he had received another job offer.

This barred him from leading the club in continental matches. Oliveira had barely been at the club for two months before returning to his home country.

Re: Coach Vaz Pinto has resigned

Re: Coach Vaz Pinto has resigned

I just listened to Vaz Pinto interview giving the reasons for his decision. This club is in terrible shape. There are reforms about transparency and accountability that Rachier can introduce to increase membership but he flatly refuses.
Top
Post Reply
3 posts • Page 1 of 1