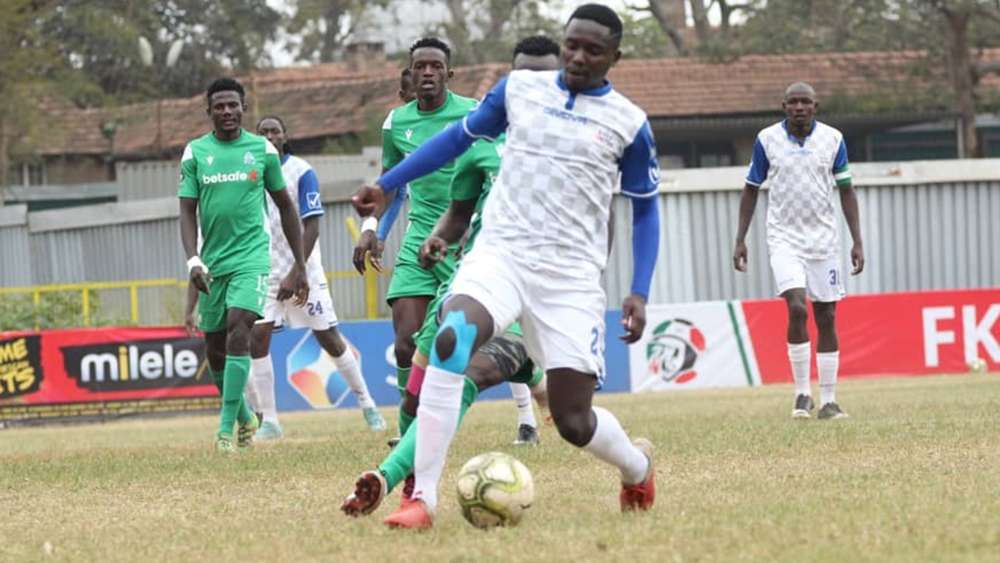 
Gor Mahia registered their second straight draw after a 1-1 result against Bidco United in an FKF Premier League fixture at Ruaraka grounds on Saturday.

K’Ogalo, who were held to a 0-0 draw by KCB in their last league outing, took the lead in the 37th minute through Jules Ulimwengu but the visiting side levelled the scores in the 48th minute courtesy of Peter Anyona.

New Gor Mahia coach Mark Harrison opted for an attacking line-up as he partnered Burundian Ulimwengu and towering Tito Okello in the striking department and restored goalkeeper Gad Mathews between the sticks, where he replaced Samuel Njau.

On the other hand, Bidco United coach Anthony Akhulia gave a starting role to Stephen Waruru, while Peter Anyona and David Orem were given free roles in the midfield.

It was Gor Mahia who started the game well and could have taken the lead in the 12th minute when Karim Nikiema combined with Ulimwengu before setting up Okello, but his one-time, right-footed effort sizzled over the bar.

K’Ogalo, who are out of contention to retain the Premier League title, continued to press for the opener and in the 23rd minute, another golden opportunity fell to Okello, who instead of firing home, opted to pass to Nikiema and the ball was blocked out by David Kalama for a fruitless corner.


A frustrated Ulimwengu was then booked for a reckless tackle on Lambert Otieno and at this juncture, Bidco had started to settle in the game.

However, in the 37th minute, K’Ogalo took the lead against the run of play as Ulimwengu positioned himself well inside Bidco’s danger zone and easily tapped a cross from Frank Odhiambo past goalkeeper Brian Opondo.

The two teams headed into the half-time break with Gor leading 1-0 and in the second half, Bidco started the better side with a series of attacks and they were rewarded in the 48th minute when Anyona chipped the ball past Mathews after receiving a pass from Anthony Simasi.

In the 59th minute, Gor made their first substitution as Alpha Onyango came on for goalscorer Ulimwengu and eight minutes later, Samuel Onyango was also booked after a dangerous challenge on Waruru.

Bidco then made a double substitution in the 70th minute as Gathu Zakaria and Nelson Chieta came on for Peter Nzuki and David Orem.

The game remained a tight affair as both sides resorted to defensive play and in the 82nd minute, Gor Mahia captain Harun Shakava was also yellow-carded after a clumsy challenge on Waruru.


With time running out, Bidco resorted to deploying a defensive game and it paid off as they denied Gor Mahia from sealing a double over them.

Gor Mahia had beaten the promoted side 3-1 in the first round fixture.