5 current Gor Mahia players were named by Harambee Stars coach "Ghost" Mulee in the squad to start preparations for the 2022 World Cup qualifiers. 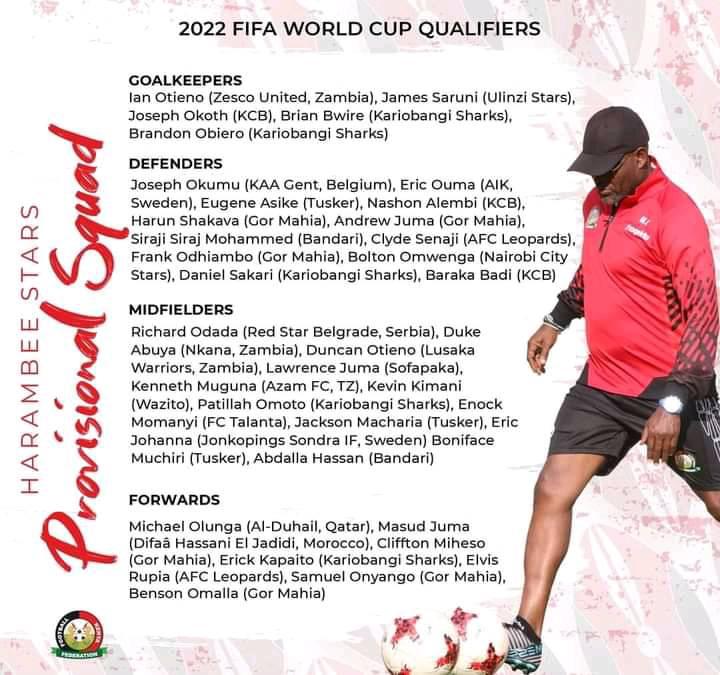 Of these the most surprising is Andrew Juma who has not been seeing much playing time of late and Benson Omalla who has not played club football since returning from trials in Sweden. Youth team product Frank Odhiambo has proved his mettle and has a bright future.

Surprise exclusions are former Kogalo youth team star Clifford Nyakeya who has been the best Harambee Stars player of late. Also missing is another former Kogalo ace Francis Kahata who had a brilliant season with Simba SC.