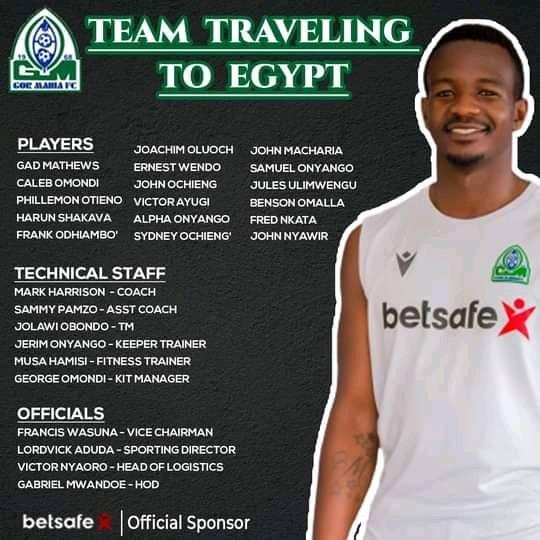 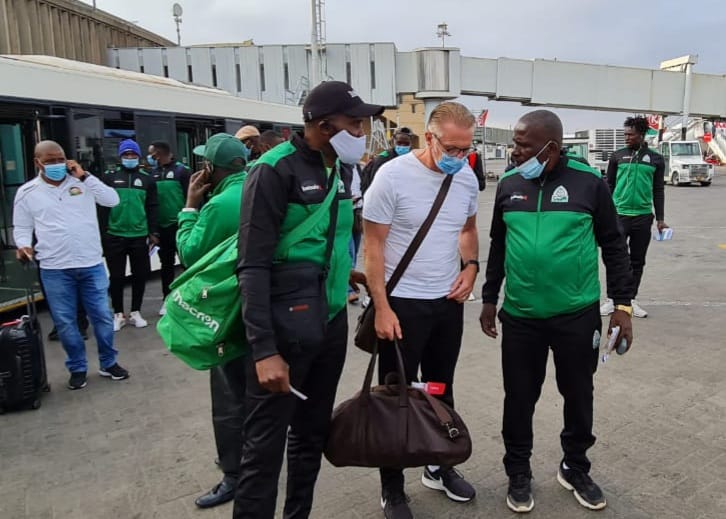 “We are going for a win in Sudan, we want to make our work easier when we face them again in Nairobi,” Harrison told Goal. “We know it will be a tough game but my players are ready to get a positive result.” said coach Harrison to goal.com
Top

Re: Gor Mahia travel to Egypt 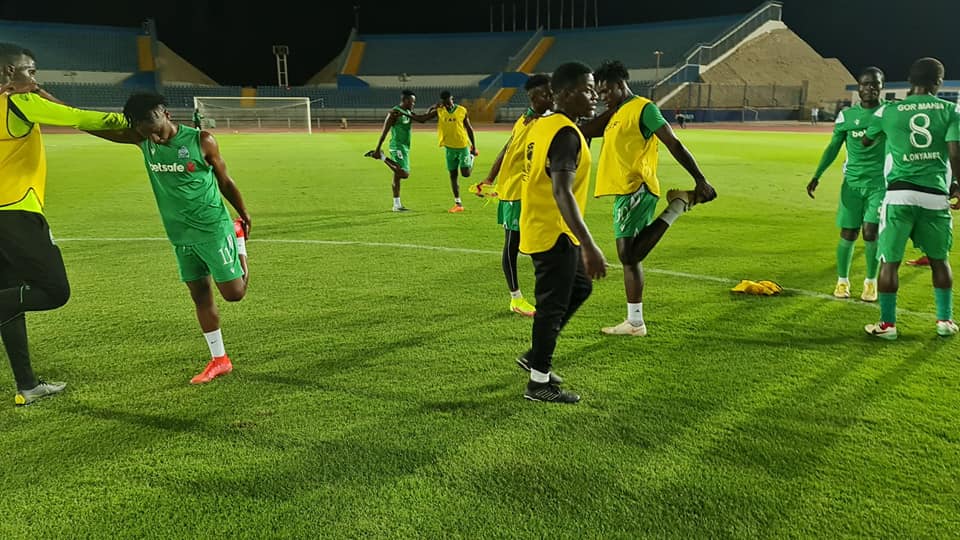 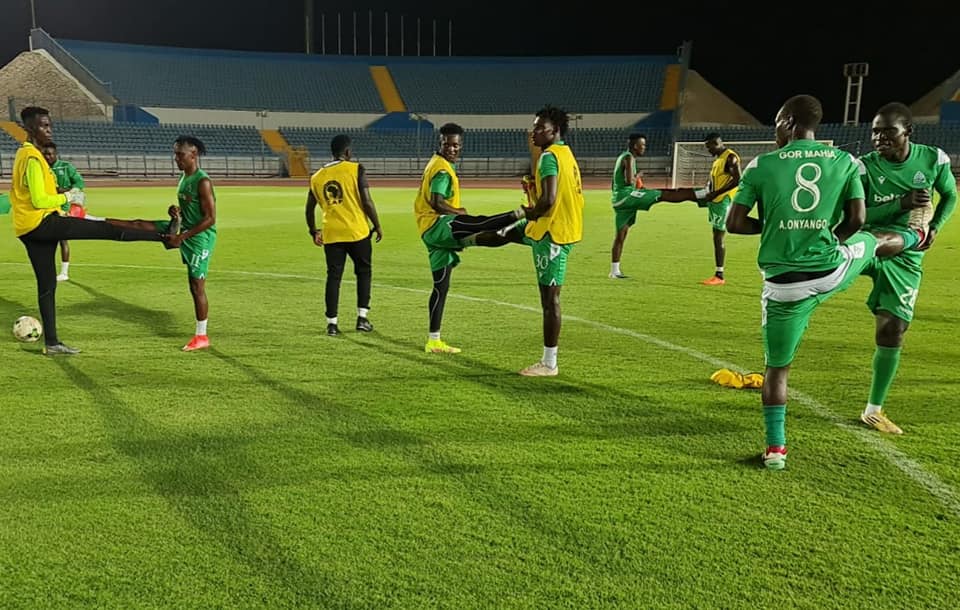 Match Report
Report from the Nation


Gor Mahia rallied frpom behind to nick a crucial 3-1 away win against Al Ahly Merowe of Sudan in first leg of their Caf Confederation Cup first round match at the New Suez Stadium, Aswan, Egypt on Friday.

The game was played behind closed door as part of measures put in place to curb the spread of the deadly coronavirus.

Al Ahly took the lead on 41 minutes through Ahmed Saeed but K'Ogalo emerged from the breather re-energised and struck thrice through Samuel Onyango, Benson Omalla and Jules Ulimwengu.

Onyango scored from the spot 10 minutes after the break before Omalla added the second from close range shot in the 65th minute.

Burundian striker Ulimwengu added the third with a powerful shot just at the edge of the box in the 70th minute.

The result ensures Gor head into the second leg set for next weekend at the Nyayo National Stadium in Nairobi with a two-goal advantage and three away goals.

Al Ahly Merowe will have to beat Gor by three goals or win 3-1 to force extra time. A two-goal win for Merowe with four or more goals scored will ensure they sail through.

The 19-time Kenyan champions made the trip with only 17 players since they couldn’t register their new acquisitions because of a Fifa embargo for failing to pay former coach Steven Polack and Tanzania winger Dickson Ambudo.

The two have since been paid but Gor was last week handed another ban for failing to clear Sh3 million arrears owed to Ghanaian midfielder Jackson Owusu.