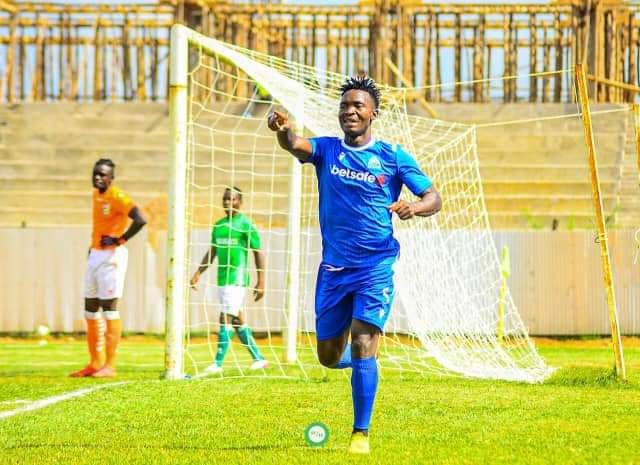 
Blackberry opened the scoring early before Boniface Omondi and Peter Lwasa sealed the game with minutes left on the clock.

Only three league games since his return to the club where he made his name, George ‘Blackberry’ Odhiambo rolled back the years as he started off the scoring to take record Kenyan champions Gor Mahia back to the top of the table following their 0-3 away victory against struggling Vihiga Bullets in a midweek league encounter played at Bukhungu Stadium on Thursday afternoon.

Prior to kickoff, Gor Mahia were smarting after their CAF Confederation Cup exit at the hands of AS Otoho d'Oyo and were looking to bounce back from the defeat immediately. On the fixture list, was a Bullets side that came into the match having previously lost their last six matches on the spin as they sat bottom of the log.


As soon as the 12th minute of the game, Harrison's changes were vindicated as Blackberry struck to edge Gor Mahia in front, a result that the 19-time Kenyan champions would hold till half time with much ease as Bullets, the second lowest scoring team and highest conceding team, failed to offer any retaliation.

With the game looking to end in the narrow margin, super substitutes Boniface Omondi and Peter Lwasa struck in the 85th and 90+2nd minute to seal out the victory that saw Gor Mahia maintain their unbeaten start as they shot straight back to the top of the league table courtesy of a superior goal difference.

Good to see Blackberry back in form. Class is permanent