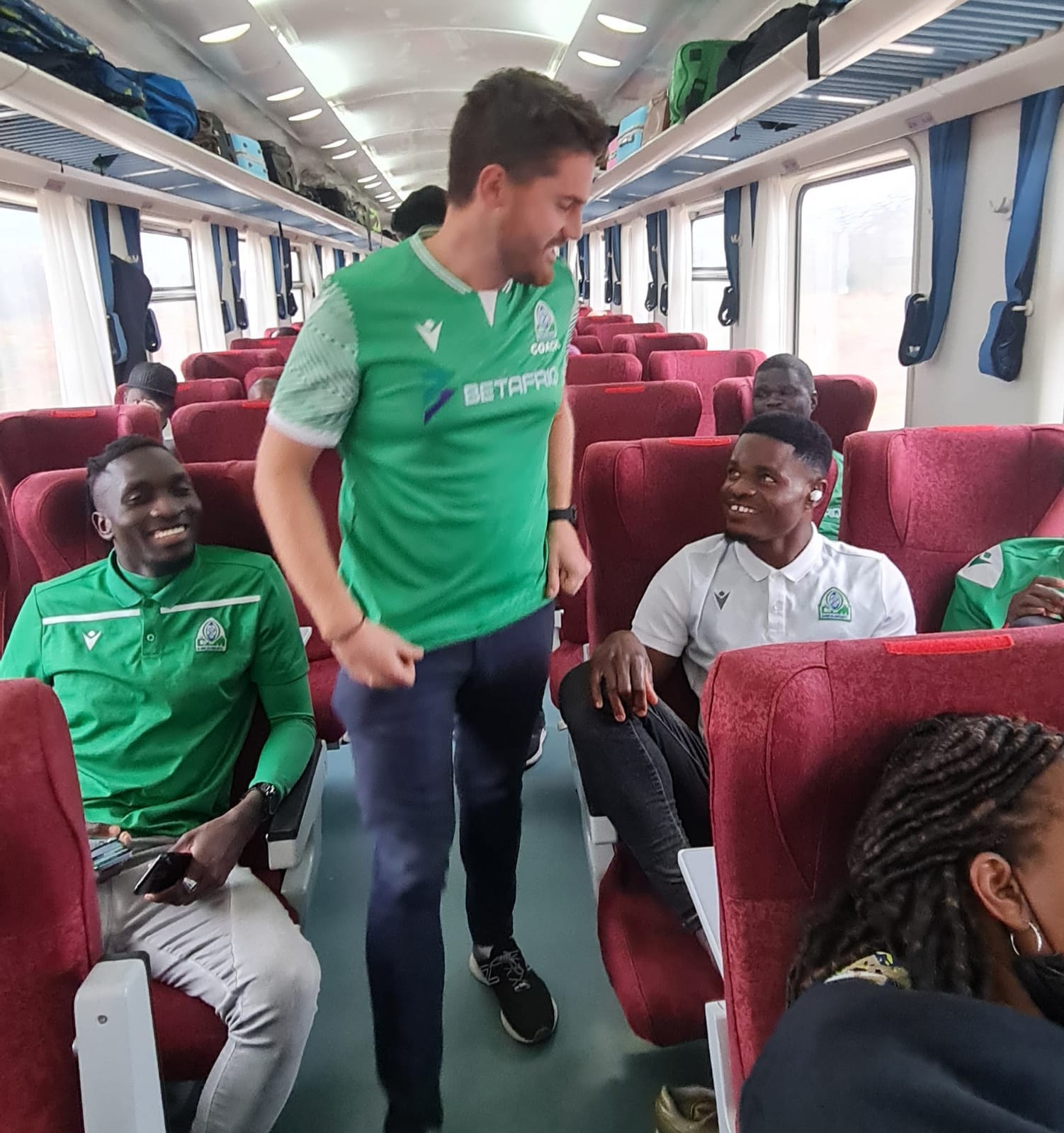 On the way to Mombasa. to play a planned match against Coast Combined


Benson Ochieng scored the lone goal in the 28th minute.

McKinstry said after the match that it was a good work out which allowed him to watch his charges.

RELATED
McKinstry: I will return Gor Mahia to the top
Football Jul 31
“I want the players to take the game to the next level for the team to do well in the FKF-PL,” he said.

“It’s upto to the players to attend regular training and work hard and show us we don’t have to sign someone in your position," he added,

Mombasa Combined’s Rodgers Okumu came close to give his side the lead in the 18th minute, but his shot from close hit the woodwork.

The pre-season friendly opened the newly CDF sponsored Ronald Ngala Stadium that was renovated for Sh100 million at the budget of Mvita CDF by outgoing area MP Abdullswamad Sheriff Nassir.

Mombasa governor candidate Abdulswamad Sherrif Nassir’s bid to be the second Governor of the Coastal county got a boost following his endorsement by the Gor Mahia Football Club fraternity.

The team led by Chairman Ambrose Rachier said Nassir is the best bet for the seat.

He received this boost during the commissioning of the state-of-the-art Ronald Ngala sports facility for use by the community.


The one-of-a-kind facility was built under his leadership as the Patron of the Mvita NG - CDF and has been officially handed over to the management of the school.

During the grand opening, some of the top teams in the country thrilled thousands of fans in attendance excited to watch the exhibition matches.

First up was Kisauni Combined versus Mvita Combined followed by the highlight of the event when Mombasa’s very own Combined team took on the Mighty K’Ogalo in a high-octane match. 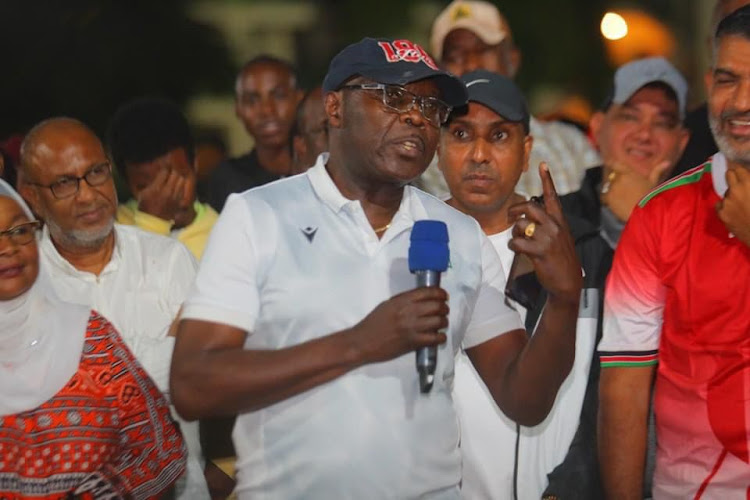 “Sports has always played a unifying role in Kenya; whenever our athletes shine on the international stage as track stars or score goals on the football pitch or dodge opponents on the rugby pitch, we come together as Kenyans and celebrate our joint achievements,” Nassir said.

He added that he appreciates the crucial role that sports play in Mombasa’s society and that is why as the Patron of Mvita NG - CDF, he prioritized the construction of the largest sports ground in Mombasa County.

He said he intends to replicate this initiative all over the county to give the host schools grounds that they can lease out to supplement their revenue.

“We will ensure that a local football team bringing together all of Mombasa’s talent is supported to compete in the KPL,” he added.


On the same day, the governor hopeful attended the eighth annual symposium for savings and credit organizations organized by Bandari SACCO under the theme “Dominating the Business Space.”

The event was held at a hotel in Nyali to share his vision for the economic revival of Mombasa if elected Governor.

The gathering was aimed at discussing how to enhance the growth of these organizations to improve the livelihoods of their members.

Nassir indicated his intention to collaborate with SACCOs by making access to credit affordable and available through a zero-interest county revolving fund.

“Mombasa County shall float an infrastructure bond to finance the construction of the Mombasa International Conference Center and we will give first right of refusal to Mombasa’s SACCOs and specifically Bandari SACCO who have expressed interest in conference tourism,” said Nassir.

On Saturday, Gor Mahia played against KCB in a pre-season friendly. KCB won 2-1 with Benson Omalla scoring for Gor Mahia.


“We are improving in each game and I can attest that the players we promoted from our youth team are doing well. We want to build the team so that when the league kicks off it will be very competitive,” said Gor Mahia Irish Coach Johnathan McKinistry.

K’Ogalo will on Wednesday face Kenya Police in another friendly at the same venue. 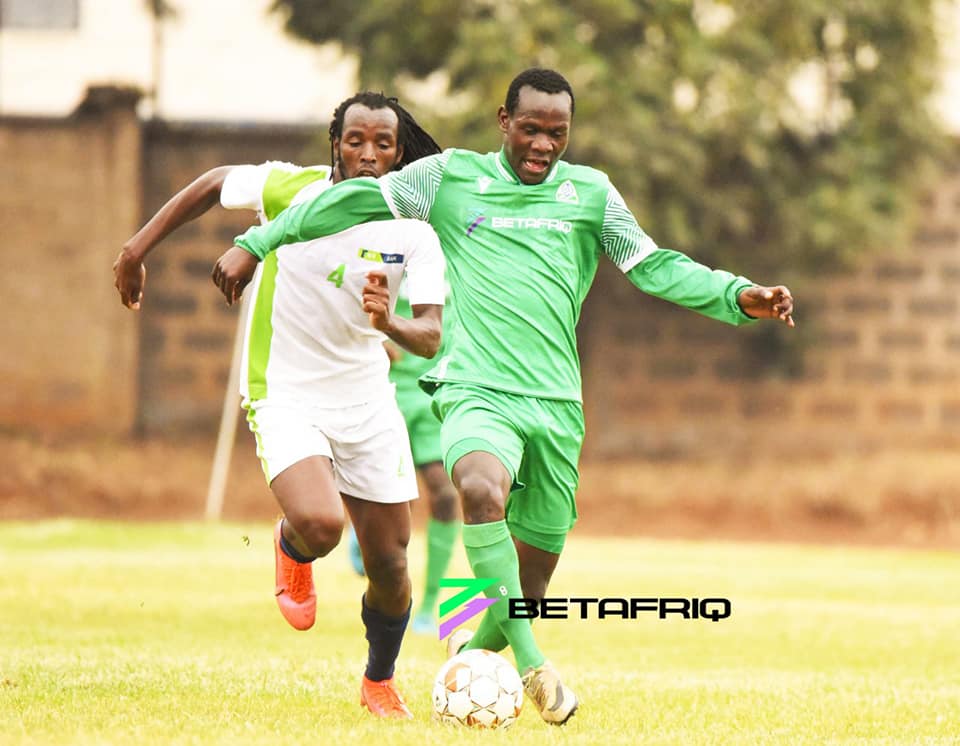 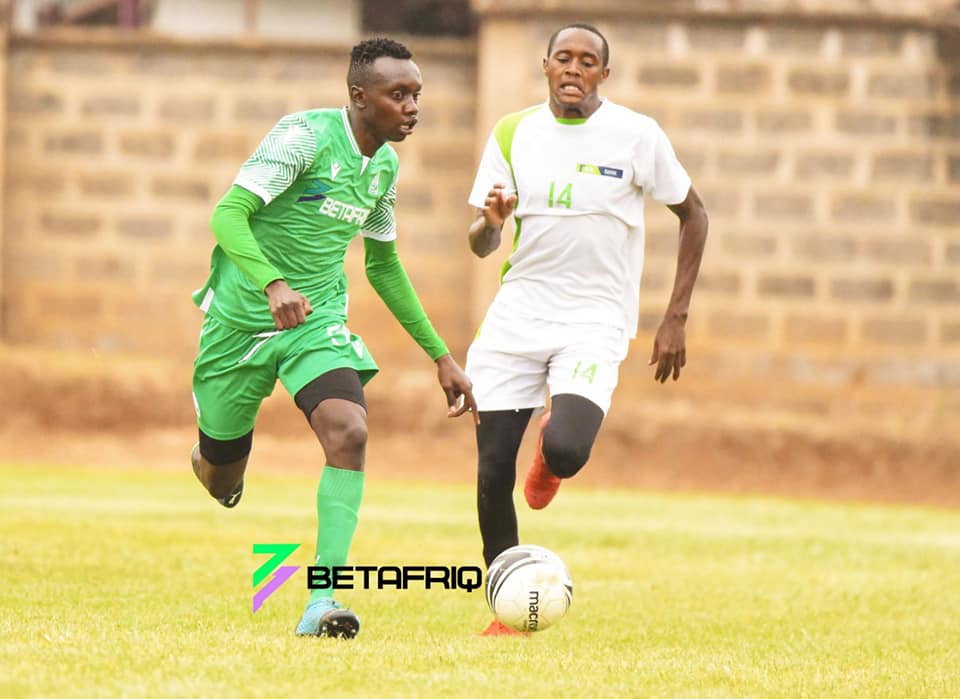 Bandari FC came from behind at the break to edge out Gor Mahia 2-1 in a preseason friendly match at Mbaraki Sports Club in Mombasa on Saturday.

Peter Lwasa gave the record Kenyan champions a first-half lead before Andrew Juma and Kenyan international forward Abdalla Hassan struck in the second half to give the hosts the win.

Despite dominating and dictating proceedings at Camp Toyoyo, AFC Leopards will rue the missed chances after settling for a 1-1 draw against Talanta.

The teams are preparing for the 2022/23 FKF Premier League season which is expected to kick-off next month.
Lwasa scores

At Mbaraki, Gor came out all guns blazing, going close in the opening three minutes but both shots by Lloyd Khavuchi were saved by Bandari goalkeeper Michael Wanyika.

The home team missed a golden chance to take the lead in the fourth minute when Wilberforce Lugogo sent a fine cross but Chris Ochieng failed to connect.

In the 23rd minute, new recruit Enock Machaka almost gave Bandari the lead but his shot missed the target.

Gor took the lead on 40 minutes from the spot after Bandari defender fouled Geoffrey Ochieng committed a foul inside the area. Lwasa made no mistake from 12 yards to give K'Ogalo a 1-0 lead at the break.

Bandari started the second half the better side making dangerous attacks.

They were rewarded on 65 minutes when a powerful shot by Hassan was punched by Gor goalkeeper Dolph Owino and Juma scored from the rebound.

Bandari then went 2-1 up 15 minutes from time when Hassan scored also from the spot after James Kinyanjui was fouled inside the box. 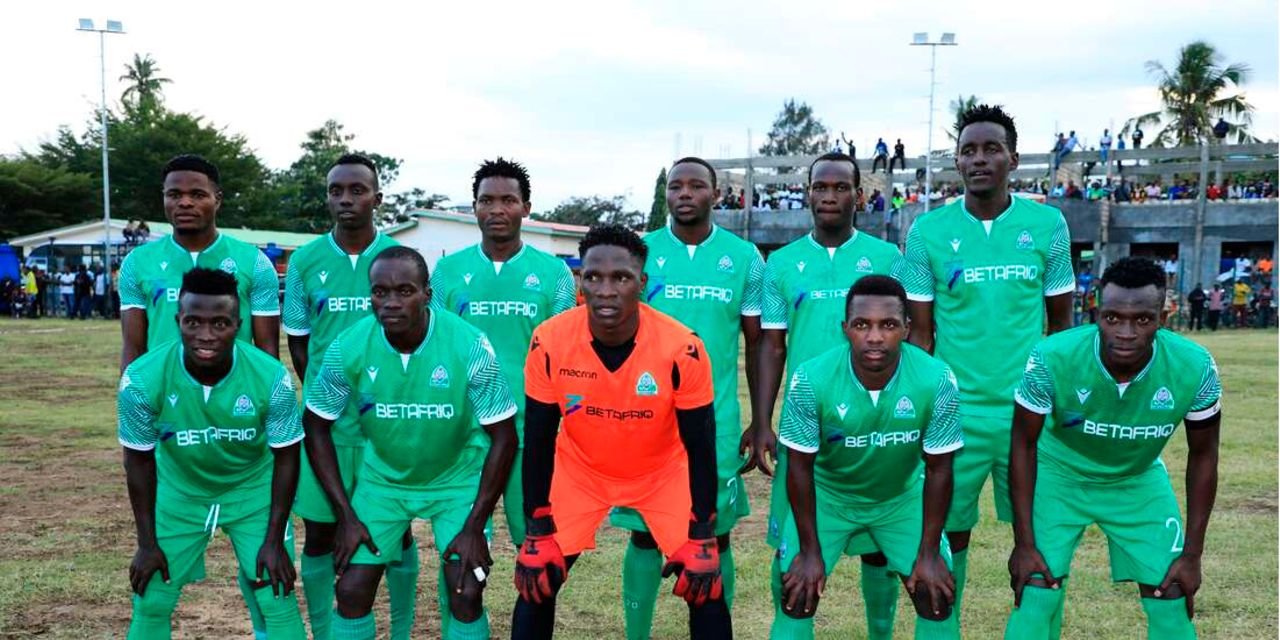 In Nyeri, John Macharia's thunderbolt shot in the 78th minute gave the hosts the historic over K’Ogalo in a match that attracted a sizeable crowd.
Related

K’Ogalo put up a lackluster performance, with the current players' strike at the club showing.

Leopards had drawn 1-1 against FC Talanta and lost by a solitary goal to Kenya Police in their last two friendlies.

Gor Mahia's Irish tactician Johnathan McKinistry praised Marafiki, saying they will soon be a force to reckon with in Kenyan football.

“Marafiki played well and was vibrant in the entire match. They prepared well and it is not a surprise that they beat us. We have learnt a lot of positives in the game and must work out on our weak areas before the new season kicks off,” said McKinstry.