Gor Mahia battled to a 2-2 draw with Ulinzi Stars in a pre-season friendly match at the Ulinzi Complex Stadium in Nairobi.


The pre-season friendly game was played behind closed doors as both teams gear up or the 2022/23 Football Kenya Federation Premier League set to start next month.

In another friendly on Saturday morning, Kenya Police thrashed fellow FKF-PL side Posta Rangers 5-1 at the Kenya Technical Training College in Gigiri.

At the Ulinzi Sports Complex, Benson Omala scored at the death to help K’Ogalo to settle for a 2-2 draw with the Soldiers.

Omala had given Gor Mahia the lead in the 20th minute with a low shot which beat veteran Ulinzi custodian James Saruni.

Ochieng’ ompleted his brace four minutes to the break after tapping in a floated cross from the right past Gor Mahia’s goalkeeper Gad Mathews.

At KTTC, Duke Abuya bagged a brace while Baraka Badi, Francis Kahata and David Simiyu were also on the scoresheet in the emphatic win over the mailmen.

Gor Mahia coach Johnathan McKinistry praised his side for fighting to the last minute saying the game was so competitive and no one would have thought it was a friendly.

“Even though it was a friendly match, I must say it was a fierce contest. I loved the fighting mentality which led us to score an equaliser in the dying minutes. I anticipate such kind of matches,” said the 37-year-old North Irishman.

Ulinzi coach Bernard Mwalala was also elated by how they dominated the game but blamed lackluster defending for the last minute equaliser by Gor.


“I think we attacked well and replied early when we were chasing the game. I have noted a few areas to work on and I’m happy with the way we played, though poor defending cost us late in the game,” said Mwalala, also a former Kenyan international.

League teams have been engaging in a series of friendly matches in anticipation of the new season kick off between November 12-November 20.

Midfielders Austin Odhiambo, Sydney Otieno and Peter Lwasa netted for K’Ogalo, with forward Boniface Omondi also getting his name on the score sheet.

Gor have been engaging in a series of friendly matches ahead of the new season.

Kenya Navy, under the tutelage of Hassan Dabaso, used the friendly as part of their build up ahead of Division Two fixtures slated for November 4 and 5.

Despite the big win, Gor Mahia Irish coach Johnathan McKinstry feels there is still a lot to be done by his charges before the new season.

“We have young players in our squad whom we have been nurturing and there is a lot of improvement. However, as much as they are impressive, we have to help them work on their confidence on the pitch,” said McKinstry, 37.

“I was impressed by the way we played but at some point my defence lost their way. My main goal is to build our playing system where every player is up to the task since that is the only way we can win the league,” added McKinstry.

His Kenya Navy counterpart Dabaso praised his charges despite the huge loss.

“We have learnt a lot and will continue engaging in these friendlies. Gor is a team which is on another level and my players also dream of reaching those standards," said Dabaso.

Youngster has not lived up to the hot billing he brought in from Stima. 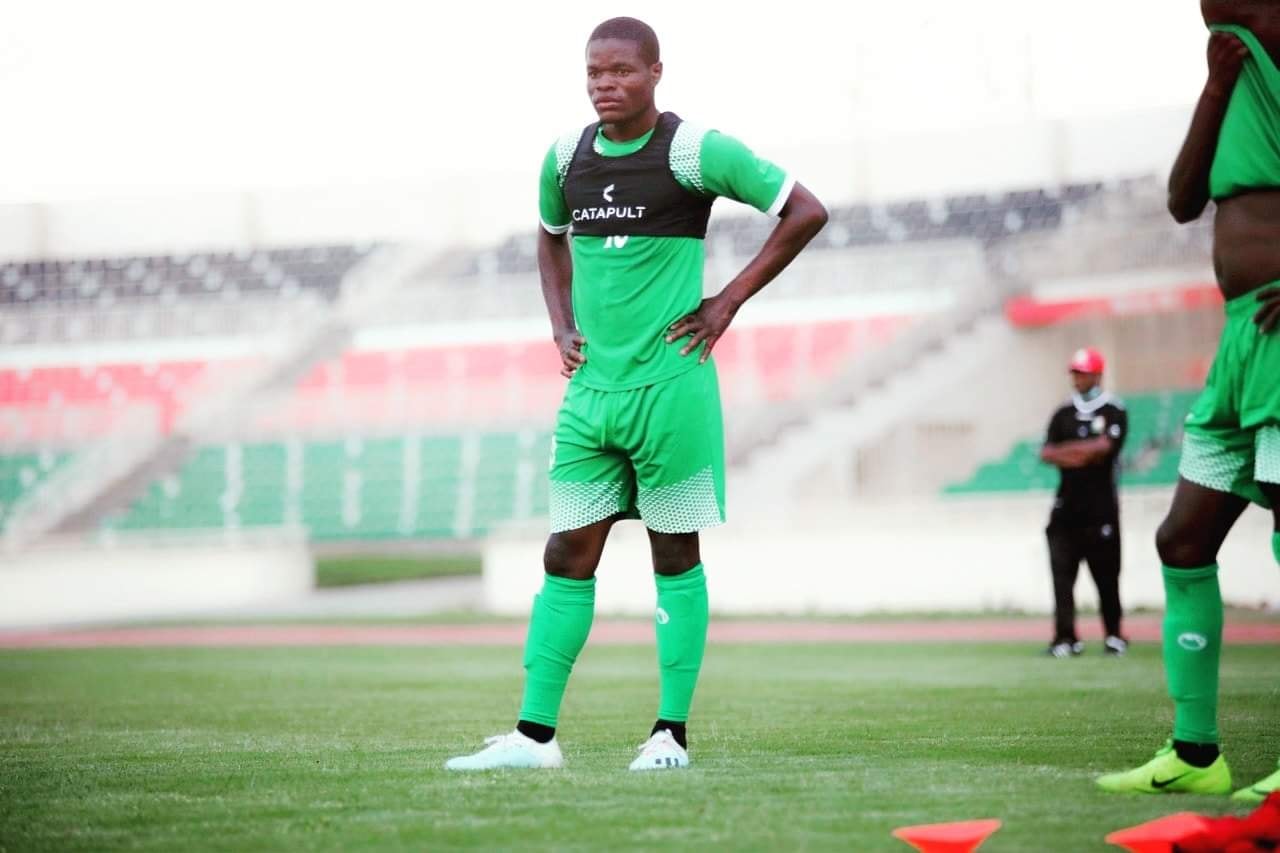 In June last year, Benson Omalla returned to Gor Mahia after a failed six-month loan move to Swedish Division One side FC Linkoping City. He barely lasted two months in the European country that has lately been home to a number of Kenyan talents.

“I have been forced to return home because of frustration, I was being played out of position and could not take it anymore,” Omalla lamented on his return.

Still he wasn't settled, going AWOL for two months after disagreeing with K'Ogalo's technical bench, only to resurface in February this year. “I was recalled by the club management and we are going to have a meeting with them before I can resume playing in the league. I opted to go back home after writing letters to the club management over the issue and was training on my own while at home,” the 19-year-old, who joined Gor Mahia in 2020 told Daily Nation.

Signed with so much promise from the now defunct Western Stima, Omalla was billed as the next Dennis Oliech, the Harambee Stars' most prolific striker of all time, but the lack of consistency has worked against the expectations. However, under the new Gor Mahia Irish coach Johnathan McKinstry, Omalla seems to be regaining his mojo if preseason form is anything to go by.

Against Talanta FC and Ulinzi Stars FC in Gor Mahia's latest warm-ups, the prodigy scored a brace each.

"There's no doubt Benson (Omalla) is a very talented player, but we have to remember he's still a young man," McKinstry told Mozzart Sport. "He's doing well, and adopting to what we're trying to do, but I think for him you have to find the balance between going where the ball is and ultimately being judged by how many goals he scores at the end of the day."

The former Uganda Cranes coach knows that Gor Mahia has had great forwards in the past like Michael Olunga, Meddie Kagere, Jacques Tuyisenge and Dan Sserunkuma, and coming on board at the time he did, the pressure might have weighed heavily on Omalla to fit in the big shoes.

"He's developing well as the rest of the young players in our squad, and as a striker I expect him to get better in a competitive environment when the league starts."

Gor Mahia are planning more build up matches as they sharpen their competitive edge ahead of the expected 2022-23 Kenyan Premier League season kick-off sometime in November. K'Ogalo are expected to play against Wazito FC in Muhoroni this weekend.