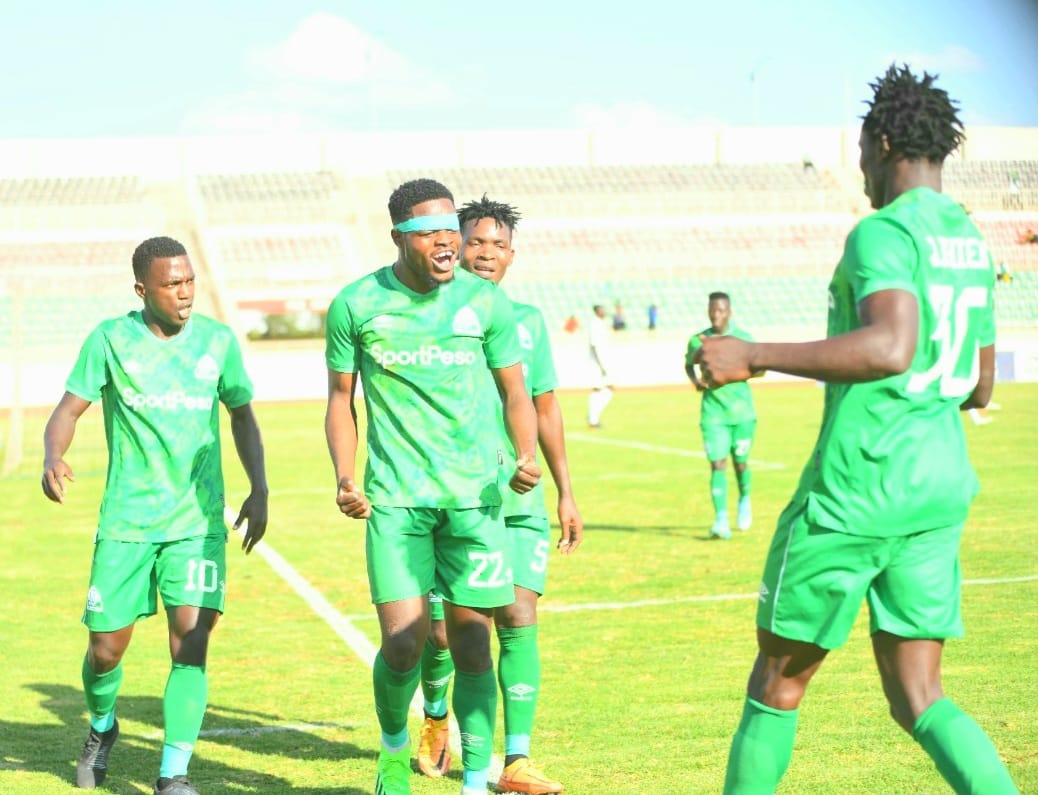 Gor Mahia and Kariobangi Sharks Sunday played out to a 1-1 draw in a Football Kenya Federation Premier League match at Nyayo National Stadium.

Forward Benson Omala headed home Paul Ochuoga's cross to put K'Ogalo ahead in the 68th minute with his third goal of the season. However, Gor's lead didn't last long after Tyson Otieno replied for Sharks in the 72nd minute with a close range shot.

Despite the draw, K'Ogalo are still fifth on seven points after three matches while Sharks are sixth with as many points from six games.
Related

Gor Mahia coach Johnathan McKinistry was satisfied with the draw and team's first half performance. He blamed his defenders for lackluster performance in the run up to Sharks equaliser.

“It is a frustrating draw because in the first half we played well. In the second half we pushed and netted but my players fell back and our opponents got a goal. Had we taken our chances in the first half, we would have won this match,” said McKinstry.

His opposite number William Muluya said it was a game of equal chances but praised his side who handled themselves well in the game.

“This is a result to improve on because they were good in the first half and we were better in the second half. We lost 24 players and as usual we have a tradition of nurturing Golden Boot winners and we are already working on that in the team. We have done well but we need to work on extra points since it is a tough league,” said Muluya.

Gor were the first to create a chance in the seventh minute when the evergreen George 'Blackberry' Odhiambo raced between Sharks defenders Kevin Munika and Fredrick Alushula then picked Omala whose shot went wide.

Muluya's charges survived by a whisker in the 25th minute after defender Luke Kevin Onesmus cleared Boniface Omondi's long shot from the line.

K'Ogalo midfielder Ernest Wendo was booked in the 33rd minute for a foul on Masaba.

Despite growing steadily in the game, Sharks hardly penetrated the KOgalo defence. However they were unlucky in the 37th minute after Tyson Otien's freekick at the edge of the box hit the wall and went into the waiting hands of Gad Mathews.

Sharif Musa then immediately did well to beat John Ochieng at Gor Mahia defence but shot inches wide for a goal kick.

K'Ogalo were unlucky to head into the break still level as Austin Otieno's shot inside the box, hit the post, came back to the field of play and was cleared by Alushula.

Masaba wasted the best chance for Sharks in the 54th minute when he received a short pass from Tyson just in front of a crowded Gor defence. Instead of passing the ball to unmarked Fortune he blasted the ball high for a goal kick.

The goal however didn't last as Sharks hit the post twice before Tyson levelled matters with a close range shot past Gad Mathews in the 72nd minute.

Gad then made a fingertip save to deny Alushula what would have been a second goal for Sharks with only seven minutes left.