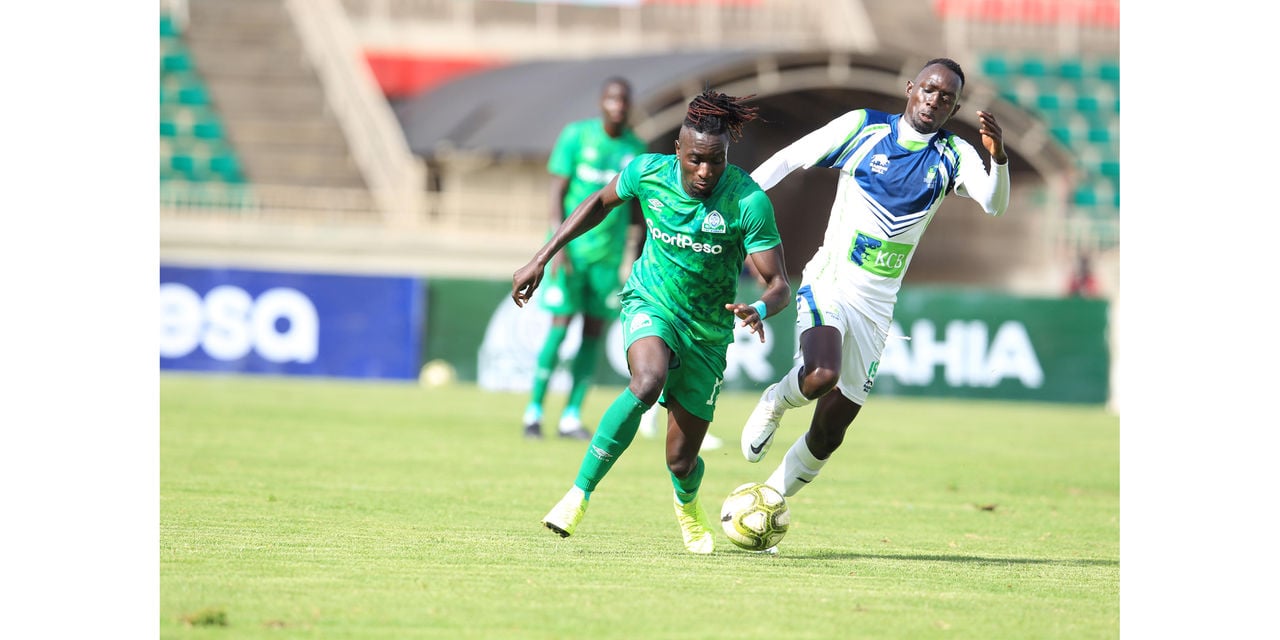 
K'Ogalo had not lost in their opening four games and last three matches against the Bankers.

A gallant KCB ended their recent hoodoo against record Kenyan champions Gor Mahia as they recorded a 0-1 victory over the Johnathan McKinstry coached side to hand the 19 time Kenyan champions their very first defeat in the 2022/2023 Football Kenya Federation Premier League campaign.

In the match played on Wednesday afternoon at the Nyayo National Stadium, Kennedy Owino's solitary second half strike proved to be the differential as KCB coach Zedekiah 'Zico' Otieno outwitted his former employers to end the Bankers' winless streak in the last three games against Gor (D1 L2).

Before the match winning goal, the game looked set for a lucklustre draw especially judging by the first half as both sides failed to get anything meaningful in front of goal.

While Gor Mahia showcased attacking glimpses in a first half starved of chances, KCB stuck to resolutely defending their goal, a result thay ended up bearing fruit just fifteen minutes after the second half's resumption when Owino breached the defence to score the winning goal that saw K'Ogalo succumb to a first defeat under McKinstry.