by faraja
Stand in coach Sammy Omollo "Pamzo" says shoddy preparations resulted in Gor Mahia being eliminated by 8-1 aggregate. The worst performance by the club in 41 years.

Gor on Wednesday bowed out of the Caf Champions League after losing 2-1 to to CR Belouizdad of Algeria in the return leg match of their first round tie at Nyayo Stadium.

The result saw the team bundled out of the lucrative competition 8-1 on aggregate, having being hammered 6-0 away in the first leg on Boxing Day in Algiers. They will now play a two-legged play-off determine if they qualify for the Caf Confederation Cup group stages.

Omollo, a former Gor Mahia defender who is also the Posta Rangers coach, did not mince his words, saying shoddy preparations occasioned by players' strike made the task hard for him.

"I want to appreciate these boys for the way they fought despite this defeat. We have fought from the APR game and this match under tough conditions coupled with ongoing players' strike," said Omollo in a post match interview.


"This team has to reassess its preparations for the continental competitions in future. However, I can't blame them since the problem was in the whole team's preparations. The work we did was evident and I feel honoured to have led them in the four Caf games," he added.

The 51-year-old coach said he is also open to leading Gor Mahia in the upcoming Caf Confederation Cup play-off, but that would be subject to an agreement between his parent club and K’Ogalo.

The reigning champions do not have a coach after the exit of Brazilian Roberto Oliveira, who went back home to upgrade his coaching credentials, and his assistant Patrick ‘Pato’ Odhiambo, who has since been appointed Bandari assistant coach.

Gor eliminated APR of Rwanda under the tutelage of Omollo in the preliminary round 4-3 aggregate after an emphatic 3-1 second leg win at Nyayo stadium on December 5.

Gor Mahia striker Jules Ulimwengu, who scored Gor's goal on Wednesday, called on his teammates to focus on the upcoming matches.

“The defeat we suffered in the first leg was our main undoing, but we have now to pick ourselves up and focus ahead. It was a tough match against a very experienced team. To lose is normal and now our focus has to turn to the upcoming matches,” he said.

The Burundian international however failed to comment on the team’s shoddy preparation and the strikes, fearing reprisal from the club management.

Gor were eliminated in the same stage in the 2019 and 2018 seasons by USM Algiers also of Algeria and Esperance of Tunisia respectively.

Gor had taken an early lead through Burundian Jules Ulimwengu in the 22nd minute, but lethal goal poacher Amir Sayoud and second half substitute Abdelkader Belharane each scored in 72nd and 85th minutes respectively to gift the away team the win.

The 19-time league champions' preparations for the match had been marred by players' strikes due to non payment of two months salary arrears and that played it's part on the pitch, as K'Ogalo players lacked morale to fight on the pitch after Belouizdad's equaliser.


'Juogi'
Ulimwengu scored from a low shot past CR Belouizdad's goalie Gaya Merba just inside the box in the 22nd minute after receiving a complete pass from Samuel Onyango on the left.

The goal brought high expectations from the handful of fans at the stadium who believed 'Juogi' (spirits) were on their side and could make it possible for Gor to overturn the deficit, but it did not according to script.

CR Belouizdad, under the tutelage of French tactician Franck Dumas, got their equaliser through a well-taken free kick by Sayoud outside the box in 72nd minute after John Macharia had committed a foul outside the box.

Gor will now be relegated to the playoffs of the less prestigious CAF Confederation Cup where they will also have to sweat it out against tough opponents to qualify for the group stage.


The Algerians were the first to threaten and squandered a glorious chance to go a head just 10 minutes into the game when Sayoud, who bagged a hatrick in the first leg, had his low range shot easily grabbed by K'Ogalo custodian Gad Mathews.

Determined to cut the deficit, K'Ogalo proved impressive and took control of the midfield. Clifftone Miheso's left foot shot in the 18th minute caught CR Belouizdad off guard and Merba had to punch the ball inches outside the field of play.

The Algerians however found their foot in the match and missed a clear chance to equalise in the 30th minute after winger Larbi Tabti dribbled past Michael Apudo with only Mathews to beat, but shot wide.

New coach
Captain Kenneth Muguna wasted another good chance to score the second five minutes to the break, with his long range shot blocked by Belouizdad's centre back and captain Chemseddine Nessakh.

Malisero, who was making his debut since joining K'Ogalo, however had minimal impact due to the manning prowess of the Algerian midfielders.

Despite dominating the local league, Gor Mahia have found it tough in the continental scene in the recent years. K'Ogalo failed to qualify for the group stage of the competition in the 2019/20 season after being thrashed by Algerian giants, USM Algiers 6-1 on aggregate.

The team will now focus on recruiting a new tactician after the exit of 60-year-old Brazilian coach, Roberto Oliveira and his assistant Patrick Odhiambo. 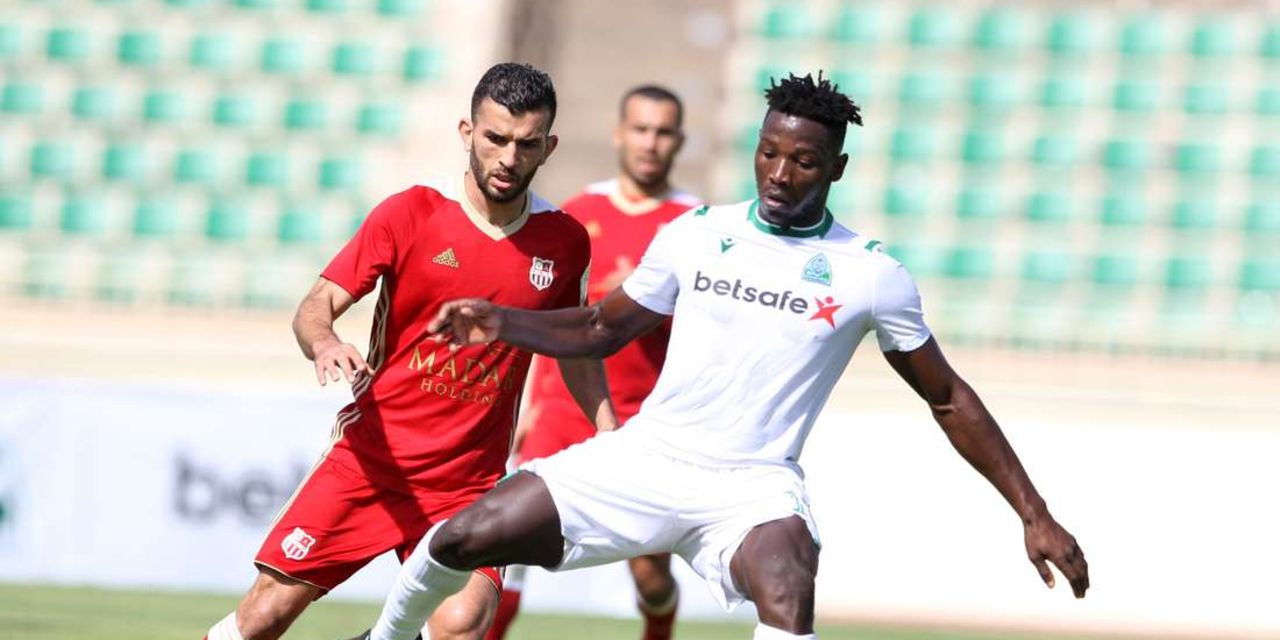 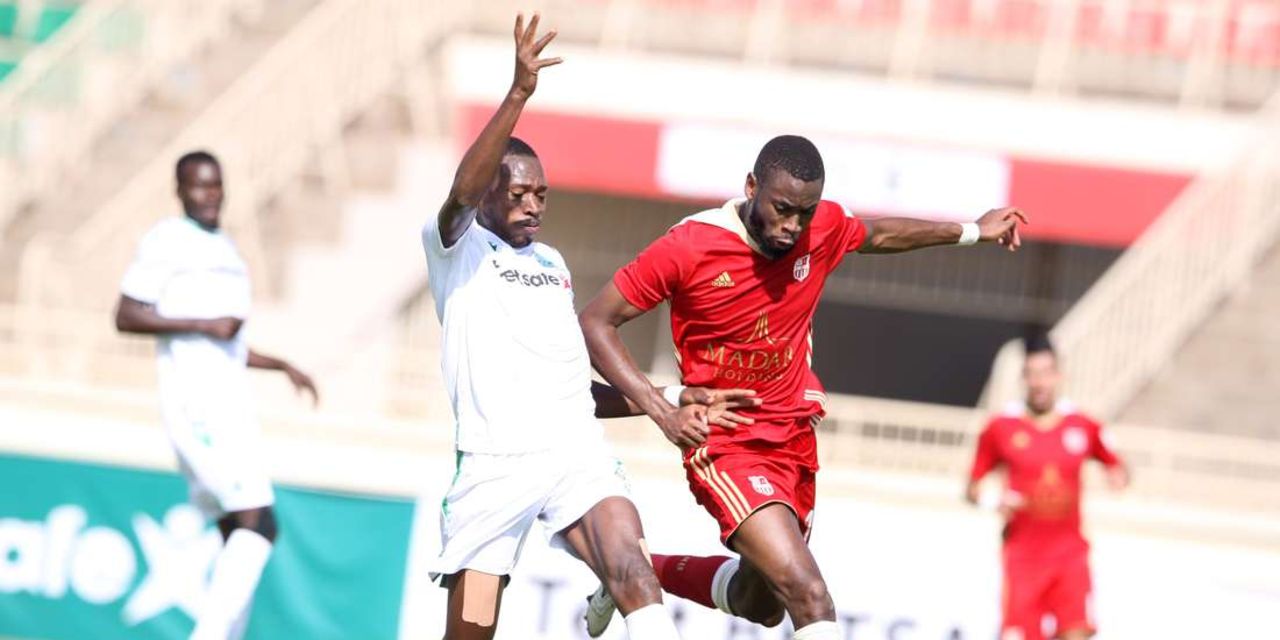 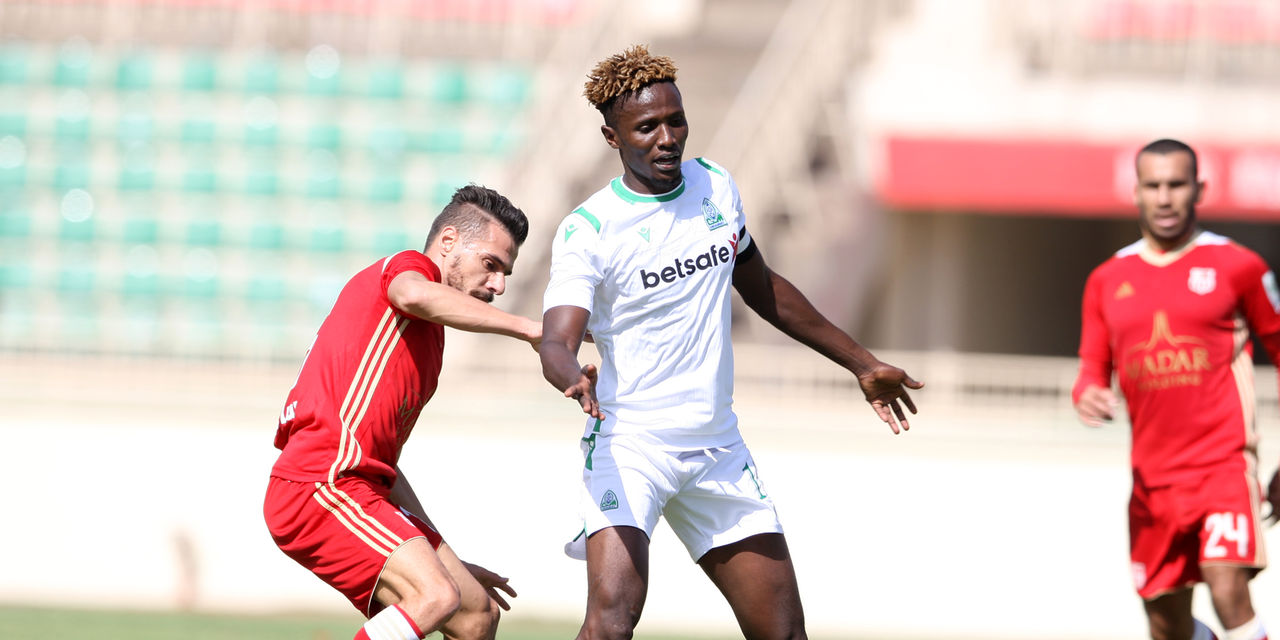 by JamriaAmbo
And there's little room for changes.every Year same story.
All times are UTC+03:00
Page 1 of 1