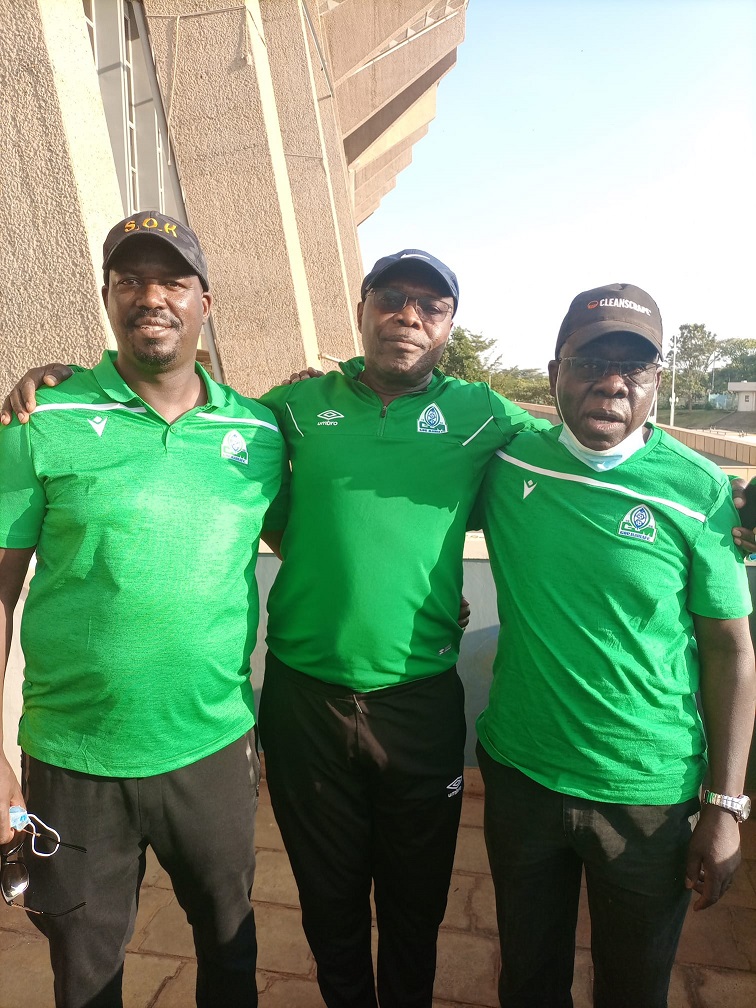 The local heavyweights have lost six games so far leading to questions on whether their matches are being manipulated or not
Gor Mahia chairman Ambrose Rachier and secretary-general Sam Ochola have opened up over the allegations of match-fixing involving the Football Kenya Federation Premier League side.


The club has lost six games so far and were recently knocked out of Caf competitions and the poor results have led to some questioning whether the matches are being manipulated.

“We’ve had allegations of match-fixing going on in the club and we are treating the issue with the seriousness that it deserves. Investigations are on and we will get to know what’s there,” Rachier told Citizen Digital.


"The issue of match-fixing is gaining traction and we are concerned," the official said. "We are investigating some players and club officials mentioned as possible contributors to these acts of match-fixing. Some of these games we have lost clearly direct us to believe it’s happening."

Ochola further stated Fifa and FKF issued a red flag over the possibility of some games being manipulated in Kenya and are ready to adhere to the provisions of the directive.

"The directive from the federation and Fifa will be fully adhered to. Gor Mahia believe in Fifa Fair Play Policy and will do everything possible to ensure that football doesn’t lose its meaning to fraudsters who’ve only been driven by an appetite for profit at the expense of the game," he said.

Head coach Manuel Vaz pinto, who has been under criticism for the bad results, also added his voice on the matter.

"We’ve had some bad days and indeed, there are some questionable incidents and it could be true or it could be just a perception but the thing is, these things happen not just in Kenya but also elsewhere," the coach said.

Ochola added that matters pertaining to delayed payment will be addressed after the Green Army lost two consecutive matches against KCB and Posta Rangers before the international break.

"I know players have not been paid but this is being looked into and should be sorted before the end of the month," concluded Ochola. "There is no notable go-slow as is purported, but the salary issue is a matter of concern and some players are hurting due to this delay in payments."

The admission by the Gor Mahia officials comes a few days after FKF and clubs held a consultative meeting on the integrity of the game. The federation executive officer Barry Otieno said they were seeking help from the government to help tame perceived match-fixing issues.

“FKF can only discipline its members on the cases of match-fixing, but not non-members," Otieno said. "That’s where the challenge is and we need the government to come up with a regulatory framework to try and prosecute them outside football. We have no powers and resources to arrest and prosecute the suspects."

Paying salaries on time is of utmost importance.
Delayed salaries is the real problems in Gor Mahia.
A player who has not been paid for 2/3 months is likely to engage in such vices for the sake of survival.
While I understand the players' plight any official involved is truly a traitor and exploiter of the salary woes at the club.

The problem is the same people are recycled failure after failure especially in continental football.

I read recently that CAF gave Gor Mahia Ksh 6m. So this is not enough to settle salaries?
Top

how then can you explain frequent recruitment without tangible impact from the players. Who are then frustrated released and Gor is fined for breach of contract.