Kipkirui: I had to make ends meet

Kipkirui: I had to make ends meet 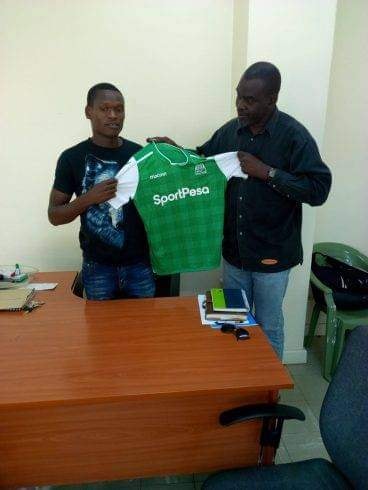 
Goodbyes are never easy to say but the time has come for me to say it," Kipkiruii wrote on his Facebook page. "After a successful and bittersweet two and a half year journey, my time at Gor Mahia has come to an end.

"It was not an easy decision to make but it has been necessitated wholly by the need to make ends meet and take care of my family. I wish to thank everyone who helped me in one way or another during my stay at the club."

The star, who was named the Premier League New/Young Player of the Year in 2018, also picked individuals who helped him at the Green Army.

"They include club chairman Ambrose Rachier who signed me from Zoo FC plus coaches Hassan Oktay, Steve Polack and Vaz Pinto who have made me a better player," he added.

"I also wish to appreciate my teammates who have supported and pushed me towards achieving my personal and team goals. And to the fans who supported me in very many ways, thank you very much and God bless you all.

"I leave this great club as a league champion, national team player and with experience of playing in continental matches. I will always be a K'Ogalo diehard and hope to come back one day to contribute to this great club in any capacity.

"I wish the club all the best in its assignments."

Re: Kipkirui: I had to make ends meet


"It took so much time before Kipkirui made his mind up and accepted the offer from his new club [Nairobi City Stars] because there were so many clubs that were interested with him," the source told Goal .

"Just when it was clear Kipkirui was leaving Gor Mahia, many clubs and agents knocked on his door all promising enticing offers and that is one the reasons that delayed his decision of announcing his next move.

"He would have easily joined Ulinzi Stars before the Tusker offer came but when he was approached by Nairobi City Stars, he decided to shelve the interest from all the other sides given the attraction, promise and manner of approach made by the Kawangware club."

"We were in search of a polished striker during the last transfer window. Having missed our targets locally, we went shopping in Uganda," Korir explained .

"Kipkirui then came to us at a time he had issued a notice of termination of the contract to his former club.

"We then entered a pre-agreement on the premise that, if his situation was not remedied within the term of the notice, we’d then sign him at the point he became a free agent.

"We registered that pre-agreement with the federation before the closure of the transfer window in accordance with Fifa regulations hence his eventual signing immediately after he gained his free-agent status."

"I had several offers from teams within and outside Kenya but it is Simba wa Nairobi that appealed to me the most," revealed the striker.

"Nairobi City Stars are one of the best-managed clubs in East Africa and I am looking forward to helping the team by assisting and scoring many goals, and most importantly winning titles."