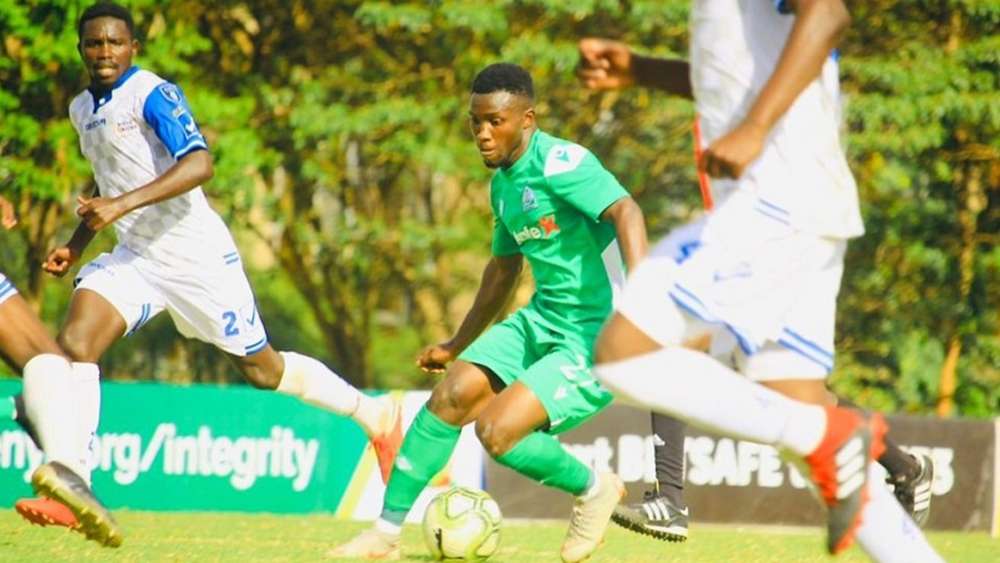 Gor Mahia midfielder Karim Abdul Nikiema has explained the reason he ended up signing for the FKF Premier League champions.

The Burkina Faso midfielder was among the new signings at K’Ogalo at the start of the 2020-21 season and he arrived at the club from Armenia. Having featured for the club in a number of league matches, Nikiema has revealed it was coach Carlos Manuel Vaz Pinto who enticed him to join the giants.

“I came to Gor Mahia because of Coach Vaz Pinto,” Nikiema told the club’s official website. “He was my coach at Saint George of Ethiopia before I moved to Armenia.
Editors' Picks

“But, it’s a new challenge here and I am ready to do my best and help this big club achieve the best.”

On how he has settled in Kenya and what he likes doing apart from playing football, Nikiema said: “Life is okay…Kenya is a Pan-African country with many foreigners but I am not really an outgoing person…I am an introvert so apart from training, I am always home playing PS games or watching some movies.”

On how he rates the Kenyan league, Nikiema explained: “The league is really competitive, there are a lot of good teams and good players.

“The toughest situation I have faced since I landed in Kenya, mmmmh…I must say the weather because, at the beginning, it was a little hard to adjust.”

On his toughest match since joining Gor Mahia, Nikiema picked the opening clash against Nzoia Sugar which they lost 2-1 by stating: “That was my first game and we lost 2-1 against Nzoia. That was a hard game for me because of the high altitude…I had difficulties in breathing.
Article continues below

“There is pressure in all positions in the team because all players want to be in the starting line-up but it’s good because it helps us to improve for better.”

The top-flight was halted with Gor Mahia lying seventh on the 18-team table with 22 points from 14 matches while Tusker are at the top with 36 points from 16 matches.
Top

Re: Karim Nikiema explains why he joined Gor Mahia

Why do we engage foreign players and coaches if we are still being eliminated in the preliminary stages of CAF competitions.

Foreigners come at a higher cost and the club is not getting any payback.

The current crop of foreigners is the most disappointing given our 7th position in the league.
Top
Post Reply
2 posts • Page 1 of 1