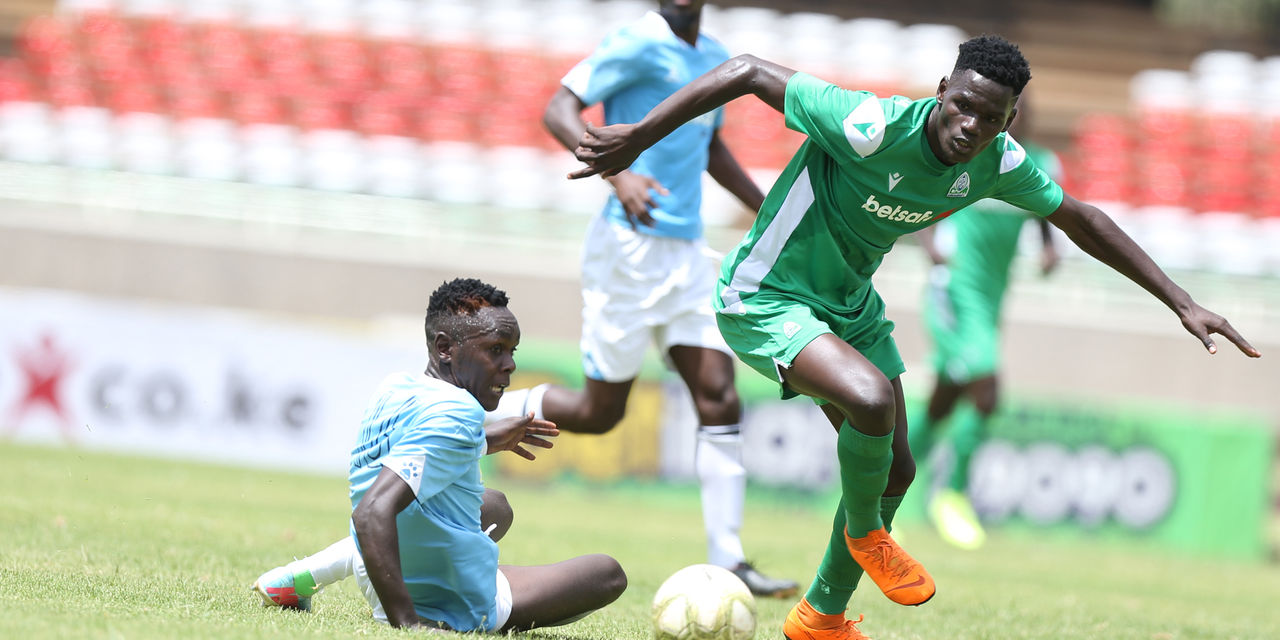 Gor Mahia produced one of the finest displays this season to edge out Sofapaka 1-0 to move to the summit of the Football Kenya Federation Premier League standings at the Moi International Sports Centre, Kasarani.

Burundian striker Jules Ulimwengu's goal from close range on 24 minutes settled the tie between the two former champions in a well attended game at Kasarani.

The win saw K'Ogalo make it four wins out four and are now on top of the standings having amassed 12 points.

K'Ogalo dominated the proceedings and treated their fans to an entertaining game locking Batoto ba Mungu who were welcoming back their unsettled star Lawrence Juma.

The Kenyan international midfielder had given notice of terminating his contract with the club last week but is understood to have finally reached an agreement with the club president Elly Kalekwa.

However, in the second half, the 2009 champions steadily grew into the game and missed a couple of clear cut chances.

The result means Sofapaka have now lost thrice this term, having also been beaten by KCB and Mathare United after scoreless draw against Nzoia. Their only win came in the first game of the season when they outclassed Nairobi City Stars 3-1 at the Dawson Mwanyumba Stadium in Wundanyi on September 25.

With no meaningful threat in the first 15 minutes of the encounter, Austin Odhiambo found an unmarked Ulimwengu inside the box and the 23-year-old forward wasted no time in slotting the ball home past a hapless Kevin Omondi.

Sofapaka's biggest chance of the half came in the 34th minute when David King'atua released a ferocious shot which hit the upright only to be cleared by Dennis Ng'ang'a.

Ng'ang'a was the first player to be booked in the clash after a dangerous foul on Wilberforce Lugogo in the 36th minute.

Kevin Omondi had to come out of his line in the 49th minute to clear as Benson Omala chased.

The first change for the 19-time champions came at the hour mark when Peter Lwasa paved way for Boniface Omondi.

Congrats team on the perfect start. I expected a lot worse. Some of the new signings have been surprisingly good e.g. Lwasa and Keita.
Now fans must go back to the stadium. It is shocking how empty Kasarani was. After pleading with government to reopen stadia now fans are not going.
Top
Post Reply
3 posts • Page 1 of 1