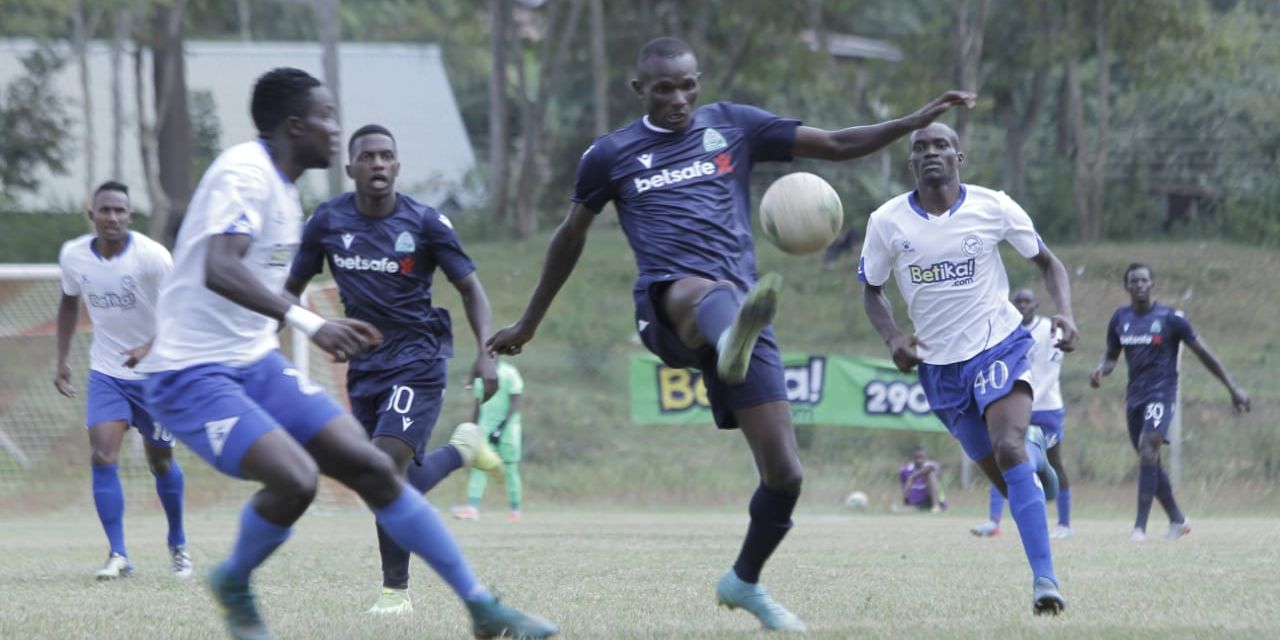 It was Sofapaka who took the lead through a goal by Joseph Waithera in the first half, but Peter Lwasa leveled for K'Ogalo in the second half.

Gor Mahia started the game on a high note and missed a golden chance to take the lead in the 13th minute when George Odhiambo failed to connect with a cross by Yusuf Nasri.

Then Sofapaka had their opportunity to score in the 20th minute, but Alex Imbusia's shot was parried for a corner by Gor goalkeeper Mathews Otieno.

Gor had another chance to score in the 18th minute when Lwasa received a fine pass from Samuel Onyango, but his kick was brilliantly saved by Sofapka goalkeeper Kevin Omondi.

Batoto ba Mungu netted their goal in the 29th minute when Waithera received a through pass from Lawrence Juma and blasted the ball home past a helpless Otieno.

In the second half, more chances were created, but it was Gor who managed to equalise in the 79th minute when Omondi failed to save a powerful shot by Lwasa.

Sofapaka coach Ken Odhiambo said their opponents were lucky to share the points.

"I commend my players for having performed extremely well, but missing chances cost us the three points," said Odhiambo, who also thanked their fans for supporting the team throughout the game.

Gor Mahia coach Andreas Spier refused to be interviewed saying: "I don't want to talk about anything concerning the match today."