The sponsorship deal between Gor Mahia and Betafriq has been terminated after Betafriq was unable to meet its financial obligations.

Gor Mahia players have been on strike due to non-payment of salaries.

More from the Nation


Gor Mahia on Tuesday confirmed they had terminated their shirt sponsorship deal with gaming firm Betafriq.

This comes just two months after K'Ogalo and the betting firm signed a Sh229m three year deal on July 12 in a colourful ceremony at a Nairobi Hotel.

After dumping Betafriq, K'Ogalo are said to be close to signing another deal with SportPesa said to be worth Sh80 million per season.

Gor Mahia Secretary General Sam Ochola confirmed the development saying they mutually agreed to terminate the deal with Betafriq and will this week announce the new deal with SportPesa. 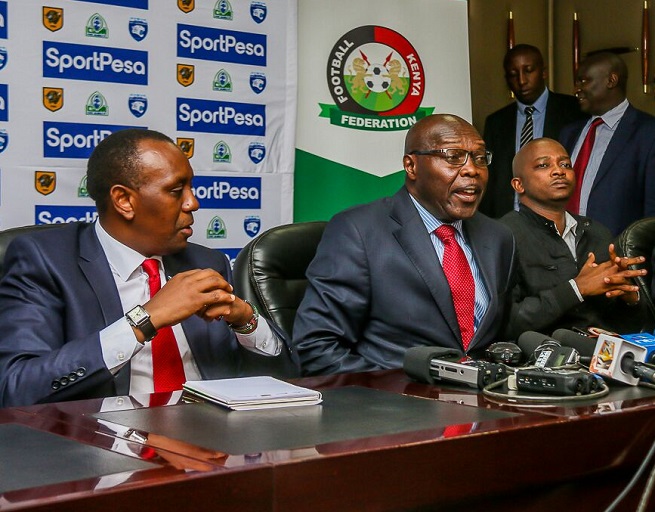 "We got a communication from Betafriq and we have mutually ended the contract we had with them. It was a great opportunity working with Betafriq and we really thank them for the support they gave us. As a club, we are still ready to work with them in future because we have not parted ways in a bad manner," Ochola told Nation Sport.

"There have been negotiations going and if all goes well then, we shall launch the deal on Friday. However, that is subject to confirmation," he added.

In August, SportPesa confirmed that the Betting Control and Licensing Board (BCLB) had issued them with a licence for the 2022-2023 year.

The company had ended its operations in Kenya in October 2019 due to the failure to resolve a long-standing tax dispute with the Kenya Revenue Authority.

In 2015, the giant gaming firm sponsored the Kenyan Premier League on a four-and-a-half-year deal worth Sh450 million before exiting in 2019.

In 2016 SportPesa also sponsored both Gor and AFC Leopards to a tune of Sh65 million and Sh45 million per season respectively but terminated the deal in 2018.

Currently, SportPesa sponsor National Super League side Murang'a Seal which has its base at St Sebastian Park in Murang'a County.

Before the Betafriq deal, Gor and betting another firm, Betsafe, had also terminated their sponsorship which had run for only two seasons.