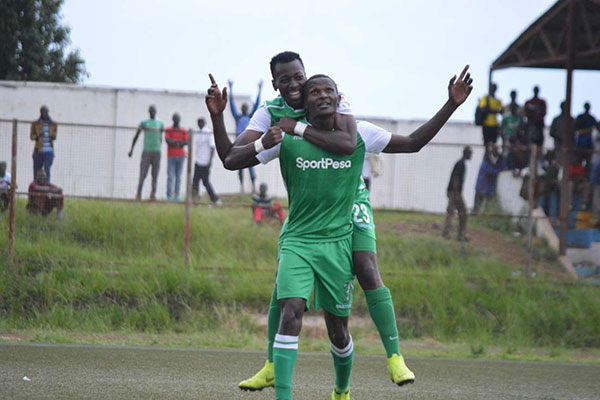 
Gor Mahia assistant captain Samuel Onyango has been released by the club.

Gor coach Jonathan McKinstry said Onyango was no longer part of his plans as he has opts to reinforce the club's attack with players from the youth team.

“Samuel has left the club since he was not in my plans and we have allowed him to look for another. His contract is due to end in one months’ time. I have released him because I feel we have better players in that position, but that doesn’t mean he is not a good player,” McKinistry told Nation Sport.
Related

Onyango, 29, started most of the matches last season, netting six goals for the 19-time champions, who finished third behind champions Tusker and Kakamega Homeboyz.

“We have good players and some from the youth have been impressive and continue to learn. Even in the friendlies, they have played so well and have shown a lot of discipline,” added the 37-year-old tactician.

Onyango said he will wait until January to look for another team as the transfer window is already closed.

“The coach said I’m not in his plans and that is why I have not been in training. Since the transfer window is already closed, I will be back to playing football hopefully in January,” said Onyango.

Onyango played for 2010 champions Ulinzi Stars for three seasons (2015-2017), before joining Gor Mahia in 2018 under the then British coach Dylan Kerr.

He began his professional career in 2013 with the now defunct Sony Sugar Youth team before breaking into the senior team.

Gor Mahia forward Samuel Onyango is in Zambia to complete a move to Zambian Super League side Kabwe Warriors.

Onyango left Kenya earlier this week and is expected to sign a two-year contract with the club. He is likely to be unveiled early next week by his new club.

The 37-year-old Irish tactician said the youngsters he had promoted from the youth team will provide cover for Onyango.

Onyango joined Gor Mahia in November 2017 from 2010 champions Ulinzi Stars and was the first signing for the English tactician Dylan Kerr. He went on to lift three Football Kenya Federation Premier League titles with K'Ogalo (2017/18, 2018/19 and 2019/20).

Onyango told Nation Sport the coach had informed him he was not part of his plans and the club had no intention of renewing his contract which was to end in November.

Kabwe Warriors was home to former Kariobangi Sharks forward Harrison Mwendwa but the forward left the team in July this year and joined Singida Big Stars in Tanzania. He has since left the Tanzania side.

Sempala won the Kenyan league with Tusker in 2016.

Kabwe Warriors hosts its matches at the Godfrey Chitalu 107 Stadium in Kabwe town.