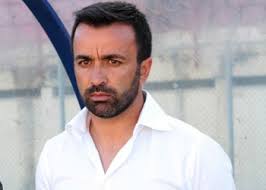 Goal can exclusively reveal the two parties have already reached an agreement and the 46-year-old Portuguese tactician will take charge of the Kenyan champions.

Gor Mahia secretary Sam Ochola has confirmed to Goal the coach, who has previously handled teams in Africa among them Saint George SC of Ethiopia and Angolan club Clube Recreativo Desportivo do Libolo, will arrive in the country next week for the unveiling ceremony.

“Vaz Pinto will arrive next week for the unveiling,” Ochola told Goal on Saturday. “He was among the coaches shortlisted for the job and we have agreed on terms with him, he will be in Kenya from next week.”

Vaz Pinto will arrive to take over from Roberto Oliviera, who left K’Ogalo after the Confederation of African Football (Caf) barred him from sitting on the touchline during Caf matches after having problems with his coaching qualification papers.

With Gor Mahia dropping to the Confederation Cup after losing 8-1 on aggregate to CR Belouizdad and where they have been drawn to face Napsa Stars of Zambia in the play-offs, Vaz Pinto will now be tasked with the job of guiding the side in the competition and also help the team win the league title for the fifth season in a row.

On Friday, Ochola told Goal assistant coach Patrick Odhiambo will be in charge of the team when they resume league action against Kariobangi Sharks on January 10 as they work to bring in a new coach.

“We know we don’t have a full-time coach and we are working round the clock to have a new one come on board but for the time being, assistant Patrick [Odhiambo] will handle the team,” Ochola told Goal on Friday.

While Odhiambo had been linked with a move to Bandari, the coach has not reported to Gor Mahia training since the team returned from the humiliating 6-0 defeat away in Algeria. However, according to Ochola, Odhiambo is still contracted to Gor Mahia.

“Odhiambo is still our coach, he is contracted to Gor Mahia and he will be the one in charge against Sharks,” Ochola continued. “I am not aware if he has left us, I don’t know anything to do with that, all I know is he is part of us.”

“We also have our coach in the youth team, he will come in to assist Odhiambo as we search for a new coach, I know in a weeks’ time or next few days, we will announce a new technical bench, it will not take time.”

Mwendwa 4 Ador 3.
That team is not Gor Kogalo.
Btw have the players been paid?
Pamzo confirmed that he's been paid. Looks like he demanded payment in advance.
Gor Mahia will achieve NOTHING until it prioritizes salary of its players and signs better quality players.
Top

T Opiyo wrote: ↑Sun Jan 10, 2021 5:05 pm Mwendwa 4 Ador 3.
That team is not Gor Kogalo.
Btw have the players been paid?
Pamzo confirmed that he's been paid. Looks like he demanded payment in advance.
Gor Mahia will achieve NOTHING until it prioritizes salary of its players and signs better quality players.

Congratulations to T Opiyo for reaching the rank of bench warmer (10 posts) . Reaching this rank means you can now create new threads
Top

it is rather unfortunate that the management looks really confused. How do they vet the coaches? Where did they pick this one again.
when teams have played 6 matches, Gor is not even ready with a coach. Gor have achieved nothing so far lost in CAF 8:1, contracted ineligible coach, not been paying players, lost to sharks. I think the officials are dealing with more important personal challenges and not Gor issues. Time to think of caretaker committee
Top

"But with the arrival of the new head coach, we have no problem."