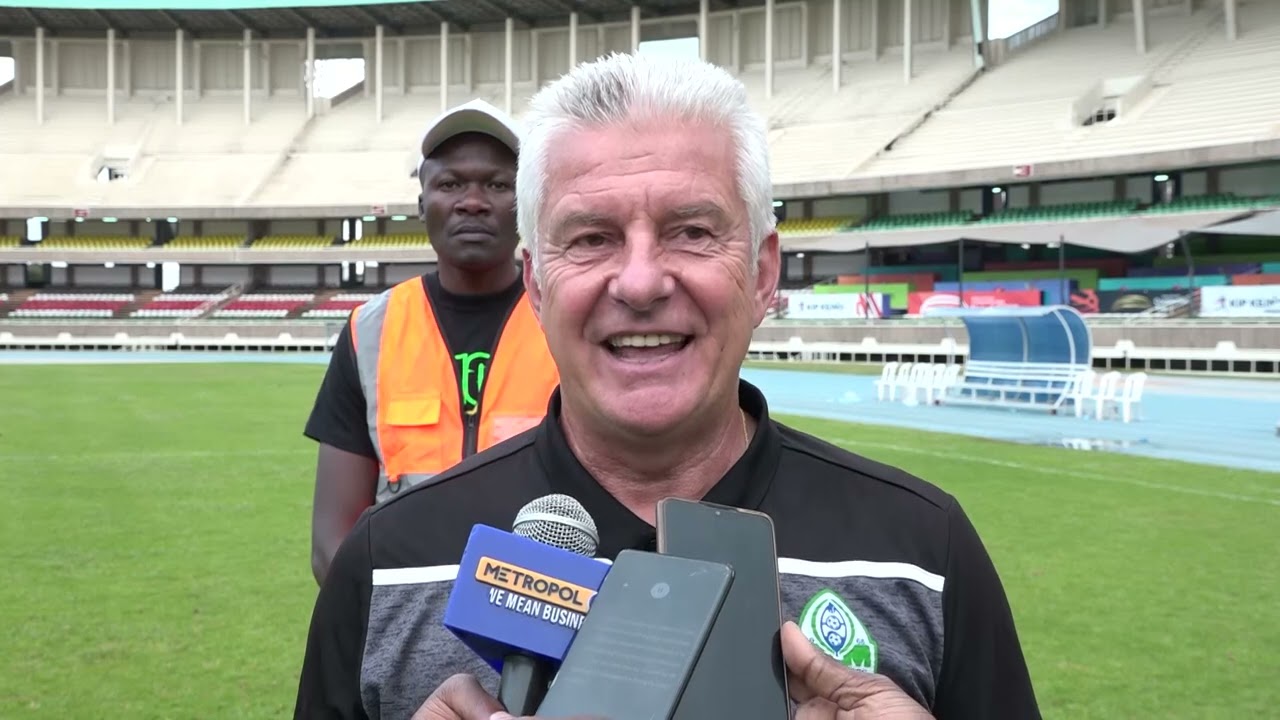 Gor Mahia head coach Andreas Spier has placed the possession of quality players in his camp at the top of his priority list heading to the transfer season.

The record Kenyan champions and their arch-rivals AFC Leopards have been listed in FIFA’s bad books and consequently, have been barred from signing new players unless they clear with their former players.

The transfer embargo placed at the door of the two oldest clubs in the league exists at a time when their respective technical benches and management are struggling to hold on to or convince the key players not to switch their allegiance.

Spier who joined Gor in February following the firing of his predecessor Mark Harrison said he was keen to retain the good players at his disposal and build on their experience and upgrade the third-place finish to the top spot next season.

“It is important for me to keep the quality players that I have and try to add fresh legs if we will be in a position to. We have gaps in the team that can only be filled by new players for my aim is to have two good players in each position actively competing for playing time,” he said.

Spier who inspired Gor to beat Leopards to the Madaraka Cup triumph said he was confident of a better season in the coming term after a rather underwhelming one.

This will be the first time K’Ogalo who have been under the rebuilding phase in the last two seasons will finish a season without the league title since 2016.


Spier Shifts focus to next season

Gor Mahia head coach Andreas Spier has now shifted focus to building a solid team for next season after their 2021/22 FKF Premier League (FKF-PL) came to an end on Thursday afternoon with a match against FC Talanta.

With Mathare United suspended and relegated from the FKF Premier League, Gor who were set to play them on Sunday have ended their season and they now shift focus to next season where they will be hoping to reclaim the league title that will be won by either Tusker FC or Kakamega Homebozy who are joint top in the log.

Gor are currently third in the log and could end the season in that position if teams below them do not get the desired result. The team managed to shake its early season’s struggles and Spier, who has been in charge of the team since the first day of February has somehow managed to steady the ship and the focus is now on next season.

In an interview, the tactician termed the season as a good one but rued the fact that they missed out on the league title. He however believes that the third position is a good finish for the team and that they will build on it next season.

“It has been a good season, but we are unlucky to have missed on the league title. Third place is not bad and we take positives out of this season and will work on rebuilding this squad ahead of next season," he said after his side’s 2-1 win over Talanta.