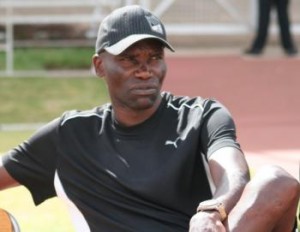 A former player of the club, Omollo coached the club at the beginning of 2008. The team was very youthful and highly inexperienced. There was no cohesion since the club had recruited 15 new players at the beginning of the season. And many were recent school leavers. His sides played very well at times. But then at times played poorly , a classic symptom of a youthful and inexperienced team. After a string of poor results, he was fired. But poor management of the club was largely the reason for the club’s poor performance. Omollo had the misfortune of being fired on the field. After a poor performance that saw them loose 0-1 to Red Berets, fans besieged the team demanding that he be fired. The club secretary Andrew Juma Sule bowed to fan pressure ad fired Omollo on the spot.

After the firing of Sammy Omollo, team manager Maurice Ouma Ole tunda took over for one game. He was then replaced by Allan Thigo who lasted 2 games then left when the club management asked him to re-apply for the job. Thigo declined and the club hired James Sianga.

In the 2020-2021 CAF Champions League, he was called upon to be stand–in coach. This was because Roberto Goncalves who had been hired as the Gor Mahia coach was ruled ineligible by CAF for not having a CAF License. His first hurdle was against APR of Rwanda. He was succesful in leading Gor Mahia to a 3-2 aggregate win. The next hurdle against CR Belouizidad was a disaster occassioned by poor preparations, player strikes and shambolic travel arrangements. Gor Mahia lost the opening leg 6-0 in Algiers.