Confederation of African Football (Caf) has written to the FKF and the club asking to see his CAFA papers, or else he will not be allowed to handle the team during the CAF Champions League.

Following the fiasco, former Kogalo treasurer says that nobody at Kogalo knows what to do.

“Part of the requirements is the qualification of the head coach, all have had qualifications from different countries and none has ever had a Caf A licence but we have always made sure that the papers they hold are equalized as per Caf requirements,” part of the statement by Bolo on goal.com

Bolo insists that the club officials should have done their homework before hiring Robertinho.

“The same coach, [Robertinho], has handled clubs in Tunisia and Rayon up to the Caf Confederation Cup quarter-finals. Does it mean that those clubs did the right thing? We seem to have at the moment none in the club who knows what to do!”

What should have been done is to accredit the coach with the technical department of FKF,” Bolo continued.

“A circular was sent out to all the premier league and super league clubs to that effect but unfortunately we never submitted papers for the head coaches accreditation!

“Secondly, the club should have engaged FKF to get in touch with the Brazilian Football Association to authenticate the coach’s A license and request for his equalization!

“We still have one week to go and to ensure that we have a coach on the bench with the Caf requirements.” continued Bolo 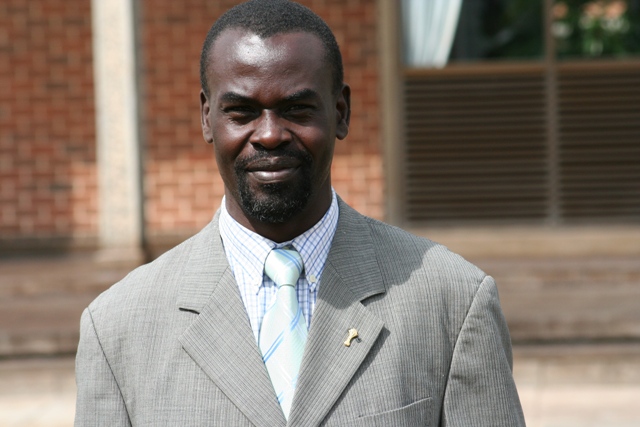 Former CEO Omondi Aduda who resigned from the post to contest for a position at the FKF told goal.com that someone was asleep on the job at Gor Mahia. Aduda was replaced by Raymond Oruo whose credentials are dubious and who lacks the depth of knowledge required to run a football team.

“Someone at Gor Mahia slept on the job,” Aduda told Goal when asked why Caf had reacted that way. “Caf did not question his [Oliveira] qualifications, do you know that none of the foreign coaches have a Caf A license, and what usually happens is that the licenses they hold must be equalized in tandem with the Caf licensing criteria?

“Caf doesn’t have problems with his [Oliveira] certificates, that is not right, even those other foreign coaches that we have had, what you do is you send their papers for equalization so that those certifications they get from their countries are equalized at every given level.

“Caf through club licensing keeps on reviewing every day, so for these, they now insist that the head coaches, particularly those for clubs participating in Champions League and Confederation Cup should have improved to hold an equivalent of Caf A license, which all the coaches, should get because the Caf A license is being conducted in Africa only.

“But if you employ a coach from outside Africa, he must have a Caf B license or an equivalent if it is Uefa pro, for instance, it is better than Caf A but you will pass with it as Caf A, then there is Uefa B like now Oliveira has an A license from Brazil and so what someone should have done is to equate the license with Caf.”

Aduda continued: “Sometimes we always tend to ignore things and the biggest problem is those people masquerading as football administrators and they don’t know the rules and regulations, and they ignore everything, remember the FKF gave a circular that all Premier League and Super League clubs should accredit their coaches, and what Gor Mahia officials did, they slept on the job and did not do that.

“If they did that by even paying Sh100, 000 as requested by FKF, the papers of Oliveira should have been fixed at that time, which someone did not do.

“Now the best that ought to have been done is to take his Caf A license from Brazil, write to the Brazilian federation and ask them one if the license is valid back home, and two what is the equivalence of the license, because on the letter from Caf it is a B license, which is equivalent to a Caf C, and while in Rwanda he did a Caf C course, so that is the actual position.

“And Gor Mahia are now to blame for the whole saga because they have officials who don’t understand football, you have a secretary-general, who doesn’t understand football, you have a former rugby man, who has now been put in as the CEO, sometimes you wonder, and when I was in office and doing all these things people thought we don’t know what we are doing.

“We should have known all these [issues] and fix them, we must keep abreast of the changes that happen, if you are in football you must keep abreast with the changes like now I know there are officials in Gor Mahia if you ask them how many substitutions are allowed per match, and they don’t know and they pretend to lead football.