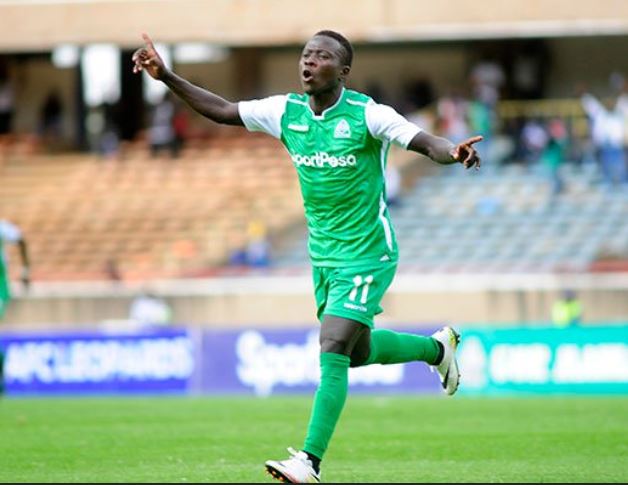 Gor Mahia coach Steven Polack says the club will miss the services of Boniface Omondi after the striker Wednesday joined Wazito on a three-year deal.

Omondi, 24 who joined Gor Mahia from Nzoia Sugar in 2017, appreciated his time at K’Ogalo but said his main focus now is to help Wazito win its maiden title.

Polack revealed he asked Omondi to stay but the striker was not convinced after enduring tough financial challenges at Gor during the 2019/20 season.

“We have lost a great player to our opponents. He was my first choice striker and I really pleaded with him to change his decision but he insisted that the financial situation at Gor Mahia played a part in his decision. I wish him the best at Wazito,” Polack told Nation Sport.

Polack has urged Gor Mahia management to hold on to their key players who are being targeted by other Kenyan Premier League clubs.

Gor Mahia captain Kenneth Muguna and his assistant Joash Onyango are reportedly on their way out of the club.

“I’m following two foreign strikers and will recommend them to the club management. However, I still insist that we have to ensure we keep our dependable players and pay them well. It is my hope that the (Betsafe) sponsorship will help us achieve this,” said Polack.

With the exit of Omondi and Tanzania winger Dickson Ambudo, the only dependable strikers remaining at Gor are Nicholas Kipkurui and new signing Benson Omala.