Gor Mahia have agreed to pay Sh6 million to its former players so as to end a protracted legal tussle at Fifa.

He explained these payments will enable football’s world governing body to lift a transfer ban imposed on the first team and allow the technical bench to bring in new players in January.


Ochola says the club is already engaging the players and Fifa on how to end the stalemate.

“We have to be in the transfer market in 2023 and that means we first have to settle our former players. The club is working on that,” said Ocholla.

Among the former staff that dragged the club to Fifa over pay disputes stretching back five years are coach Steven Polack, Tanzanian winger Dickson Ambudo and Ugandan defender Shafiq Batambuze. 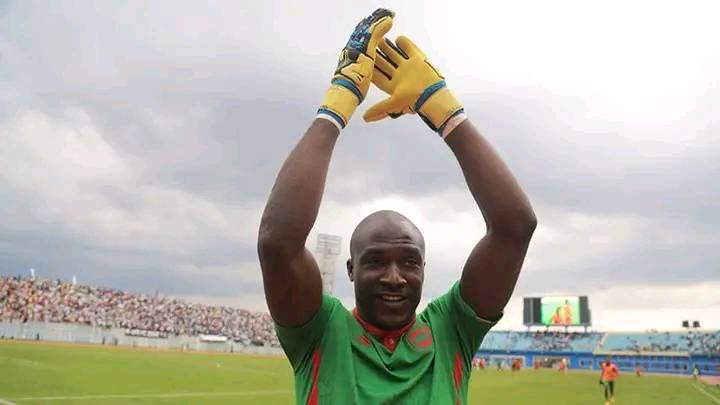 “That said, we are also looking at a transfer policy and will have to dismantle the cartels who bring underperforming players to the club and quote a higher transfer fee for their own benefit. Most of the foreign players who took us to Fifa were not even part of the first team last season,” added Ocholla.

Proceeds from this deal will aid the club pay its players and staff on time and prepare for the new league season whose kick-off dates remain uncertain.

“We recently made changes in the technical bench. There is no room for those who have been duping the club into signing foreigners, some who don’t have any quality of being a professional footballer. The money we are going to pay Fifa is huge because of their actions.”

The football administrator also urged the current squad which mostly comprises of youthful players promoted from the academy to work hard and restore the lost glory.

Just a reminder as to why Gor Mahia officials engage in signing invalid players. It is because the officials often force the players to give them a cut of the transfer fee.

Remember this article from goal.com

Derrick Otanga reveals why his move to Gor Mahia failed

Apart from Wazito, Gor Mahia had shown intense interest to sign Otanga from Sony Sugar ahead of the 2019/20 season

Wazito striker Derrick Otanga has explained how his move to Kenyan Premier League (KPL) Gor Mahia failed to see the light of the day.

Before signing for Wazito last month, the former Sony Sugar striker was linked with a move to K'Ogalo.

Currently in possession of Goal is a leaked audio file, in which the striker is having a conversation with an unnamed Gor Mahia official over the issue of a sign-on fee, which became a bone of contention between him and club officials.

Article continues below
"It is only after I was about to sign for Wazito that Gor Mahia showed intense interest for my services thereafter. It later emerged that four people inside Gor Mahia wanted a share of my sign-on fee," Otanga confesses in the audio.

"I was surprised at how the officials quickly turned to act as agents and also that the sign-on fee is always not paid in full.

"I had no one inside the team who could have given me the insights on how the transfer activity is conducted at Gor Mahia. But then I had been warned before that the sign-on fee was sure to bring confrontation since that money is always hard to be paid in the first place."

Otanga went on to mention club treasurer Sally Bolo, chief executive officer Lorvick Aduda as the officials who wanted a cut in the transfer money, as well as a 'Mr. Steve'.

Aduda was not immediately available for comments when contacted by Goal.

"Your Secretary madam Sally [Bolo], Lordvick Aduda, and Steve were the three guys who asked for a share of my sign on fee," Otanga added.

Otanga signed for the KPL returnees after scoring 13 goals for Sony Sugar in the recently-concluded KPL season.