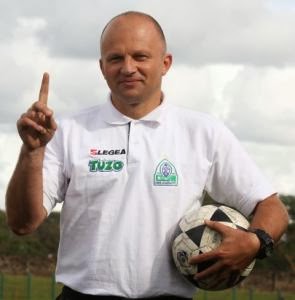 The flambuoyant Croatian Logarusic arrived when Gor Mahia were in dire straits. He to had a rocky soon started to stamp his imprint on the club.  He started out by trimming the squad from over 30 players to a more managable 25., culling players whom he termed as rotten potatoes or those whom he said could not think and run at the same time.  Gor Mahia went on 18 match unbeaten streak and came within a point of winning the 2012 league.

With a stable technical bench at the start of 2013 , much was expected from Gor Mahia. They started well and were atop the league standings by the halfway point of the league. Logarusic then went home on leave and declined to return to the club until some issues were sorted out. He wanted a raise, he also complained that he was coaching without a contract and a work permit. Gor Mahia then terminated him for absconding duty.