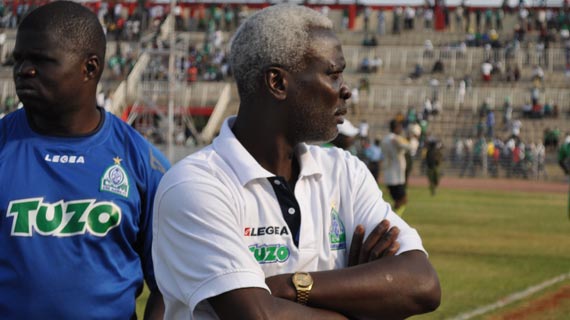 Bobby Ogolla had earned legendary status as a player for the club in the 1980s. After hanging up his boots, he had numerous coaching gigs with various teams including the national team Harambee Stars and Sofapaka. When Awono was fired in 2012, he was hired as stand-in coach. His first match was the dramatic goalless draw with arch rivals AFC Leopards which was almost abandoned due to crowd trouble. He remained interim coach for several games until Zdravko Logarusic was drafted as full time coach.