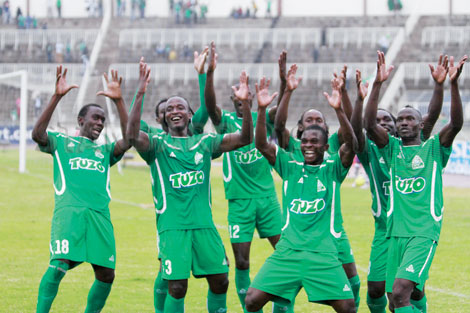 The penalty came Kevin Omondi made a mazy run from the left flank and was fouled.

The second goal was header from Haron Shakava.

Gor Mahia were quite simply overwhelemed

Esperance were a class above in terms of tactics, technique, skill and savvy,

Esperance had a budget that is 18 times the size of Gor Mahia’s budget and it showed on the field.

Jerim Onyango was the hero of the day. He saved a penalty during the run of play and saved two more penalties during the shootout.

Bitam were coached by Cameroun legend Francois Omam Biyik. The match was evenly balanced as both teams threatened. However it was Gor Mahia who broke through a penalty by Dan Sserunkuma.