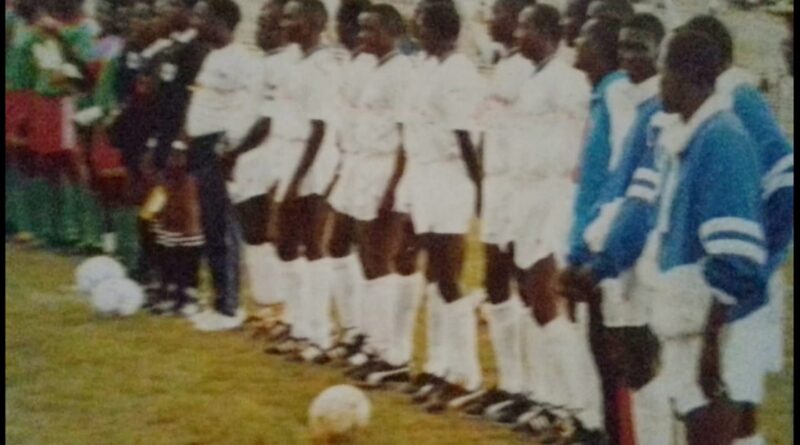 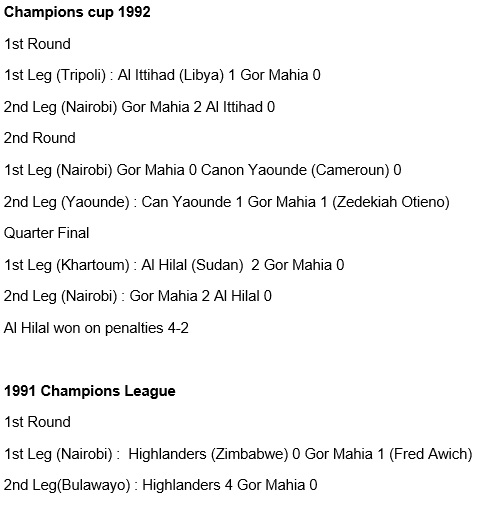 In the opening round, Gor Mahia played well to overcome the 1-0 deficit from the first leg. Peter Dawo proved a handful for the Libyans to deal with as evidenced by the image above. Fred Otieno’s lethal left foot proved pivotal as he scored one of the goals.

In the second round match against Canon Yaounde, it was the defence that carried Gor Mahia, keeping the Cameroonians’ at bay especially in the second leg that was played in front of over 50,000 partisan Cameroonian fans including the president.

In the quarter-final, a capacity crowd attended because the match was preceded by a music concert featuring Congolese musician Aurlus Mabele who was the most popular musician of the time. Gor Mahia did not disappoint, scoring two goals but going on to lose on panalties. Sammy Omollo “Pamzo”  was man of the match, keeping the Sudanese at bay, making several forays upfront and scoring in the shootout.