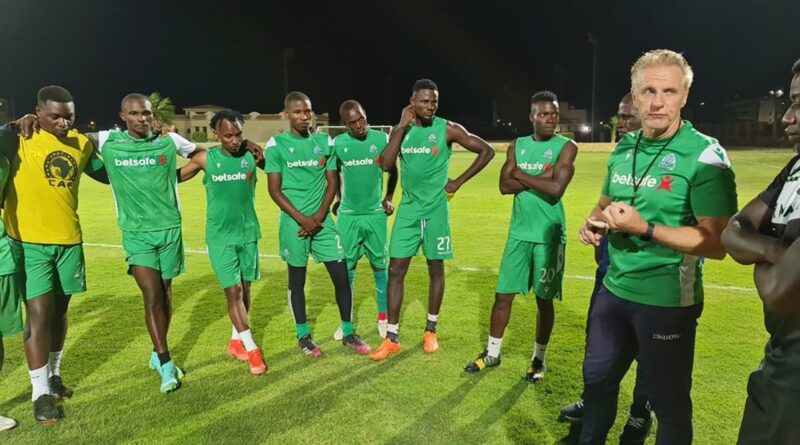 Only 17 players were registered for the CAF confederations cup due to various factors including the fact that FIFA froze all signings until Gor Mahia payed money to certain players.

Gor Mahia got a bye to the second round where they met Al Ahly Merowe of Sudan. The first leg was played in Suez, Egypt. Gor Mahia won 3-1 despite having fallen behind first. The goals came from Samuel Onyango (penalty), Ben Omalla and Jules Ulimwengu. The Sudanese side failed to show up for the return leg and Gor Mahia were awarded a walkover.

In the playoff round, Gor Mahia met AS Otohô of Congo Brazaville. The first leg in Congo ended in a 0-1 loss. The second leg at Nyayo stadium ended 1-1. The Congolese scored first. Midfielder John Macharia scored two minutes later to level the score. But Gor Mahia offered little else and were eliminated 2-1 on aggregate.