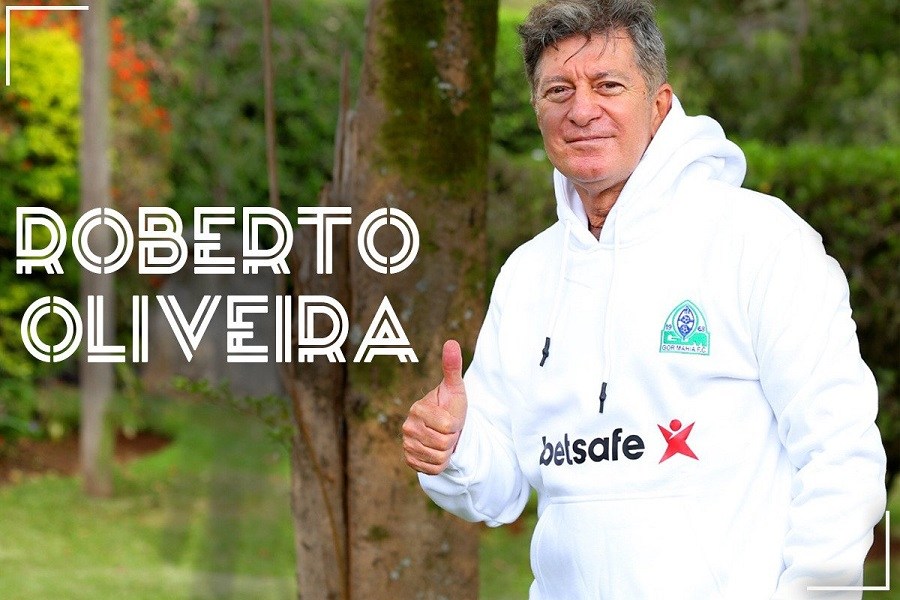 Gor Mahia could soon begin the hunt for a new coach after it emerged Friday that Brazilian Roberto Oliveira does not have the requisite documents to oversee club competitions organised by Confederation of African Football (Caf).
Oliveira, who took over from Steven Polack last month, is a holder of B License from the Brazilian federation whose equivalent is Caf C license.

Coaches overseeing Caf competitions must have Caf A license, Uefa Pro license or a Pro license from other confederations.
“We would like to communicate that as per the coaching license information received for your engaged clubs, the head coach of the below mentioned club do not meet the above requirement and will not be allowed to sit on the bench during the matches of the CAF interclub competition 2021,” read a letter from Caf addressed to Football Kenya Federation.

The 60-year-old will therefore not oversee Gor’s Caf Champions league preliminary tie against APR of Rwanda scheduled for November 28 with the return leg a week later in Nairobi.
“We are looking for a stand-in coach but a decision whether to look for a new coach or allow Oliveira to continue then assign a coach for our Caf games will be reached after a meeting of the secretariat. The issue at the moment is to look for a stand-in coach for next weekend’s game,” club CEO Raymond Oruo told Nation Sport.
Gor are expected to leave for Rwanda on November 25.