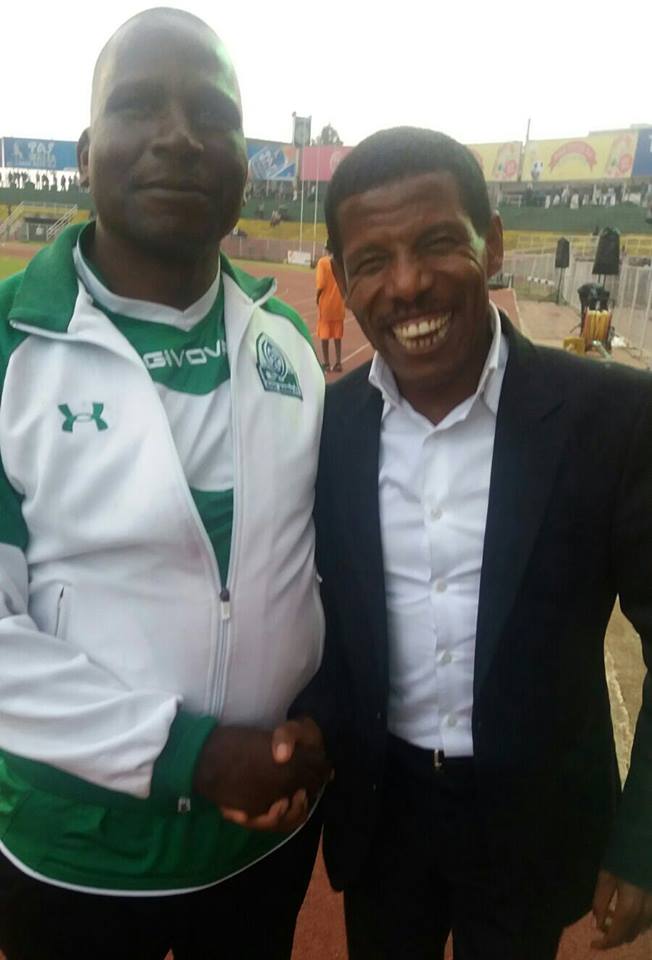 Gor Mahia are set to depart for Rwanda on Friday. However uncertainty still surrounds whether they will meet the Covid Protocol and whether all players will travel.

After a week of uncertainty characterised by go-slows, record Kenyan champions Gor Mahia will finally jet out of the country on Friday morning for Kigali, Rwanda where they face APR in the preliminary stage of the prestigious Caf Champions League on Saturday.

Gor Mahia Team Manager Jolawi Obondo Thursday confirmed that they will take one hour flight to Kigali but was non-committal on how they will abide to the requirement of foreigners being taken on a mandatory 24-hour quarantine by the Rwandan government.

“We are leaving on Friday morning and will spend the rest of the time in our hotel before the match kicks off. I hope everything shall go on as planned despite the stringent health measures in Rwanda which requires a 24-hour mandatory quarantine,” he said.

The match kicks-off at 4pm Kenyan time and Gor Mahia CEO Ray Oruo told Nation Sport that attempts to request Caf to reschedule the match to Sunday through Football Kenya Federation were unsuccessful.

“It is better we be in Rwanda and plead our case instead of being in the country yet their government is very strict on health protocols that insist on coronavirus test and 24-hour quarantine. We hope we will play this match even if kick-off is delayed,” said Oruo.

Oruo confirmed that the club had managed to get 22 air tickets for players and technical bench but is still in the process of acquiring tickets for officials and other individuals accompanying the team.

However, the trip is still in doubt as players continue to demand for their pay before travelling to Rwanda. Nation Sport has established that the players Thursday went straight to club chairman Ambrose Rachier’s office after training to ask for their dues.

Two players who spoke on condition of anonymity threatened to boycott the match if they don’t receive their salaries in full.

“We hope we shall have our pay in full otherwise I can’t go to Rwanda and leave my family without food. I am not physiologically settled because of the delays in salaries which has affected our day-to-day activities. The management should learn from this and take keen interest in player’s welfare,” said one player.

Posta Rangers coach Sammy “Pamzo” Omollo will lead K’Ogalo against APR following the suspension of Brazilian coach Roberto Oliveira from overseeing continental matches due to lack of Caf ‘A’ coaching licence or its equivalent.

Gor last played APR in 2014 in the Cecafa Kagame Cup group stage where both teams settled for a 2-2 draw in Rwanda.

Mwendwa said that FKF recognises Ocholla’s activities because he was duly elected thus the endorsement letter holds and is not null and void as suggested by club chairman Ambrose Rachier.

“We have an endorsement of Gor Mahia from a bonafide Secretary General and we are going to stand by it,” said Mwendwa.

He spoke on Thursday during the unveiling of StarTimes as the official broadcaster of the top flight league matches, National Super League (NSL) and national men and women’s teams.

Ocholla and Rachier have been at loggerheads since Tuesday after the former signed an undertaking to accept the StarTimes deal.

Rachier has accused Ocholla of signing the StarTimes deal without the consent of the Executive Committee (EC). However, Ocholla maintains that he had the blessing of EC members and that they are afraid to come out on the matter.

While reiterating that the 2020/21 domestic league will start on Saturday as planned, despite the government having not given the green-light, Mwendwa said they will decide on the action to take against the clubs that have not endorsed the deal next week.

“We have written to them to encourage them to sign. We are giving them time to reconsider their decision and if they will not sign, then FKF will consider what to do,” said Mwendwa.

Ulinzi Stars, Zoo FC and Mathare United are the clubs that have not endorsed the deal, which is worth aroudn Sh110 million a year and will run for seven years.

Mwendwa said that the value of the deal will increase by five percent after the first three years and extension will be negotiated in the sixth year.

He said that that 100 top flight league and 30 NSL matches will be broadcasted live on television per season and that they will seek to extend the deal for five or six years.

“This is good news to the clubs and fans especially during this time that there will be no fans in the stadium due to Covid-19 containment protocols,” said the FKF president, adding that referees have instructions not to start the matches should a fan be spotted in the stadium.

League winners will get Sh5 million as prize money while the other 17 teams will share an equal amount according to rank at the end of season.