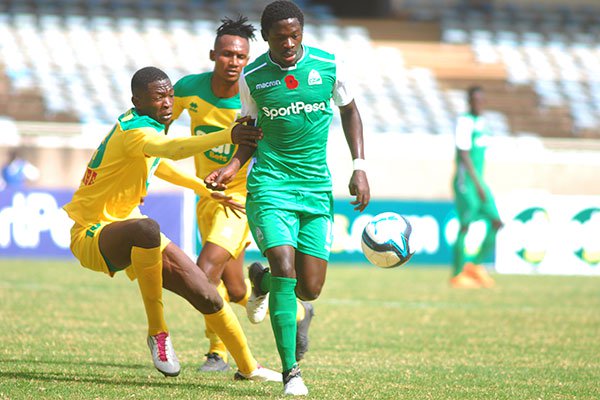 All the rumours about Lawrence Juma’s imminent departure to Sofapaka have proven true. Today Juma signed a new contract with Sofapaka as Elly Kalekwa appears determined to build a strong side, having also signed Michael Kibwage who was a transfer target of Gor Mahia.

“We are pleased to have completed the signing of Harambee Stars midfielder Lawrence Juma. Juma has put pen to paper to a two-year deal ahead of the new season,” said the Sofapaka portal

Juma joined Gor Mahia in 2018 from Nzoia Sugar. After a slow start and plenty of time spent on the bench, he played his way into the starting line-up then to the national team. Several weeks ago on his social media pages, he hinted at wearing a new blue uniform which left fans wondering if he was going to AFC or to Sofapaka.

“I am pleased to be here, this a new chapter, a new environment and I am looking forward to a good time with the club. I can’t wait to get started.” he said

Sofapaka will be one of the teams to challenge Gor Mahia’s dominance in the 2020-2021 season.

“The squad we have managed to assemble is a quality one which will challenge for top honours in the 2020/21 Kenyan Premier League campaign. This is a team that has a high chance of winning the league title and get a chance to play in the continental competitions. We have the resources we need to be successful and I am confident we will.” said Kalekwa.

With Juma’s departure, Gor Mahia will now rely on Camerounian Bertrand Konfor and new signing John Macharia to shore up the midfield.

11 thoughts on “Lawrence Juma has gone to Sofapaka”