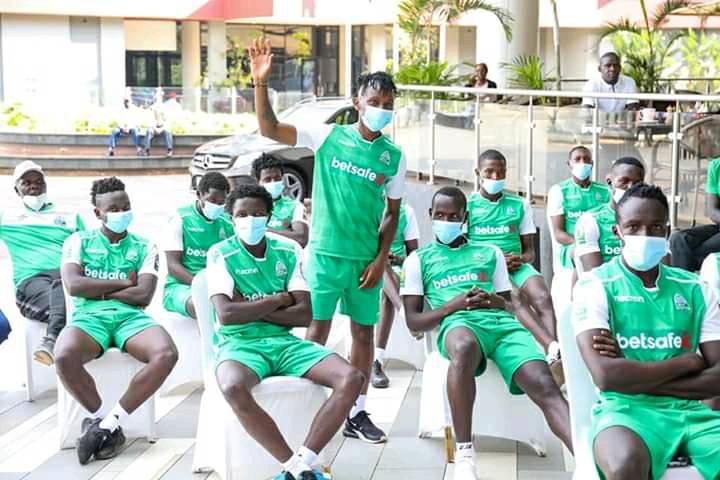 For the first time in several years, Gor Mahia will be at full strength when they take on their first opponents in the CAF Champions league. This after FIFA cleared four crucial transfers, freeing them up to be registered for the CAF champions league. The four are Ulimwengu, Macharia, Okello and Konfor.

In past years, Gor Mahia played in the first round with a weakened side. Last year for example, they played the opener against Aigle Noir of Burundi without Francis Afiriyie, Yikpe Ghislain and Clifford Miheso. In fact last season, Gor Mahia only had 15 players registered for CAF competitions when they played in the opening round. In 2015 for example, Gor Mahia had a formidable side but ended up losing to AC Leopards in the first round in part because they had not concluded the transfers of players like Meddie Kagere.

K’Ogalo are now free to register the new players with Caf after they received clearance from the world governing body
Gor Mahia have confirmed four of their new signings have been cleared by the Federation of International Football Association (Fifa) to play for them in the 2020-21 campaign.

The Kenyan Premier League (KPL) champions signed a total of 14 players in the ongoing transfer window, four of them arriving from foreign countries.

The club has now confirmed in a statement that the four players have been cleared to play for the side after receiving their International Transfer Certificates (ITC).

“Burundian Jules Ulimwengu from Rayon Sports, Tito Okello from Vipers of Uganda, Cameroonian Bertrand Konfor, formerly of Al Mudhabi of Oman, and John Macharia who previously featured for FC Guria Lanchkhuti’s of Georgia have all been cleared by Fifa to play for Gor Mahia.

“As per Fifa regulations, all transfers of players between countries must go through a process to get an International Transfer Certificate [ITC] – a certificate provided from one national association to another to facilitate the transfer.”

On being cleared to play for Gor Mahia, midfielder Macharia said: “I am so happy to receive the news that the ITC application process has successfully gone through. It’s a good feeling… my previous club wanted me to go back and so, I wasn’t sure what was in store about my move to Gor Mahia.

“This is good for me because it feels good to train with a team knowing well you are free to play in any competitive match. Now, I have to work… and work hard to achieve the best at my new club.”

Gor Mahia are now free to register the four players for Caf Champions League assignment when the registration window opens on October 21.

Apart from aiming to retain their league title, Gor Mahia will also take part in the Caf competition for the fourth season in a row, and they will be looking to better their performance from last season.