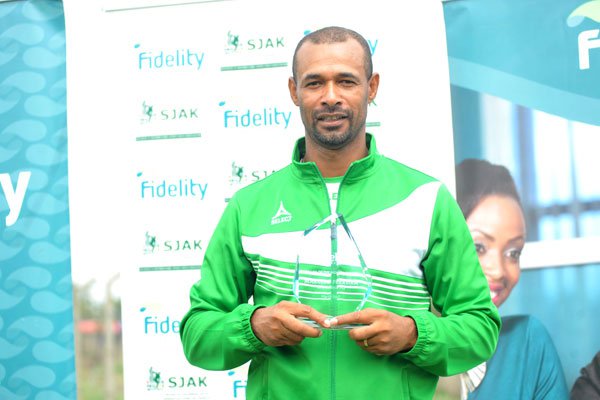 Additional reporting from goal.com
The rumours are gathering speed with other reports indicating K’Ogalo are in the market looking for someone to take over from Steven Polack
Former Gor Mahia head coach Jose Marcelo Ferreira (Ze Maria) could be on his way back to the Kenyan Premier League (KPL), according to the latest reports.

The Brazilian succeeded Frank Nuttall, who had led K’Ogalo to the 2015 KPL title without losing a single match, but resigned in 2017 abruptly before joining KF Tirana.

He exited the club after it had just won the SportPesa Super Cup and were on top of the KPL table with 27 points.

In a recent interview, Ze Maria stated coaching Gor Mahia – who will fly the Kenyan flag in the Caf Champions League again – was like leading Brazilian sides Flamengo or Corinthians.

“It was the biggest club in Kenya, so every game was like managing Flamengo or Corinthians in Brazil. The stadium was packed,” Ze Maria said then.

“There were difficulties. Sometimes you go to a stadium where the players don’t all fit in the changing room, so you have to change on the bus.

“But the passion is absurd. African players are technically similar to Brazilians, but they lack opportunities to move to bigger leagues.

“Because of the pitches, when you dribble, the ball would bounce a metre up in the air, but the quality with which they controlled and conducted it, not even a Brazilian would do that.”

When Ze Maria resigned as Gor Mahia coach, he later signed Kenneth Muguna and Musa Mohamed for the Albanian side but the two returned after short stints in Europe.

Should the former Inter Milan star join any of the KPL sides, he will be tasked with ending Gor Mahia’s dominance in the last three seasons.

Ze Maria’s former side has won the previous three titles but has failed to progress further on the continental front, where they were last eliminated by Daring Club Motema Pembe of the Democratic Republic of Congo.

Williamson ready to work with no contract 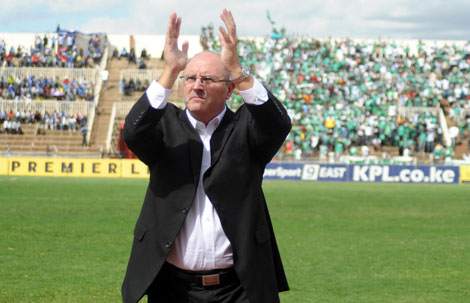 Another Former Gor Mahia coach Bobby Williamson, who has been out of work since being sidelined from Harambee stars, now says he is willing to work without a contract

The tactician has been out of work since 2016, but has now revealed he is keen on coaching any team interested in his services
Experienced coach Bobby Williamson has revealed he is ready to work for any team in the Kenyan Premier League (KPL) even without a contract.

The Scot has been out of work since getting fired by Harambee Stars in 2016 but is now ready for a touchline return to any team that will show interest in his services.

“I am available to talk to anyone,” Williamson who resides in Kenya told Goal on Tuesday.

The former Gor Mahia coach has also stated he is ready to work without a contract which will allow either of the two parties to leave without restrictions if an opportunity arises. However, he is also ready to be tied with a binding contract.

“I would be prepared to work without a contract,” the 59-year-old revealed.

“I want to be paid; but if there is no contract, the club can let me go at any time without cost, and on the other hand, if someone else wants me I can walk away at no cost.

“If the club insists on a contract, that is fine,” he concluded.

Williamson is remembered for helping K’Ogalo win their first title in 18 years back in 2013. He went on to explain to Goal what he told the management after achieving what other coaches had failed to achieve after almost two decades.

“It is all about the mentality they have; that winning mentality,” the former striker explained.

“Before I arrived, they were close to winning the title, they then got over the line. I said after we had won the league, that they would never wait 18 long years again and that has been proven. The recruitment is important and they have brought coaches on board that have kept that momentum going.”

Article continues below
In 2014, the coach left his post at the club to serve the Kenya national team in the same capacity.

“My time at Gor Mahia was good, I made a lot of friends and was privileged to help the team get their first league title after almost two decades,” Williamson told Goal.

“I had an agreement with the chairman [Ambrose Rachier] that if the national team comes calling I will leave and it is what happened about a year later.”

One thought on “Ze Maria headed back to KPL”